If you are planning an adventurous cycling trip, Iceland is unique in many ways. It is safe to travel here if you are properly prepared and you will find Icelanders both helpful and friendly. You can plan your own trip but there are also a few companies that specialize in guided bike tours. 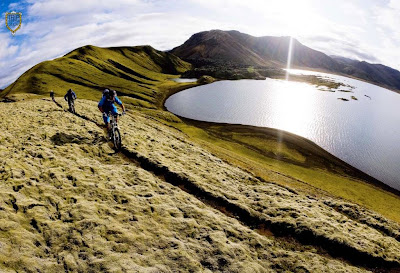 Iceland’s cool, oceanic climate is quite mild for its latitude, thanks to the Gulf stream. The summers are short and the best time to visit is late May to early September. The average daytime temperature around the coast during May to September is 10-12°C (50-55°F). Average daily sunshine in July and August is 5-6 hours and during the summer months the nights are bright, on clear days you have 24 hours of daylight and even the midnight sun near the Arctic Circle. 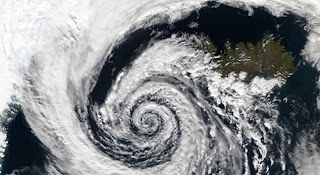 However, the weather is extremely changeable and unpredictable so you should always be prepared for the unexpected. You can encounter strong sudden winds and even snow in the middle of summer, even if you stick to the main road, so you should always follow the weather forecast and in all cases carry warm clothing with you. Try to keep your plans flexible so you can follow the wind instead of struggling against it. If you must go against the wind, you might consider cycling in the late evening and in the night (in June and July) as the wind usually calms down in the evening. Benefits of this will also be far less motor traffic on the busier roads and the wonders of experiencing sunset and sunrise, but of course less access to most shops and services. 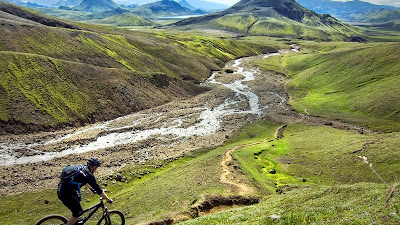 A rather large portion of Iceland’s road system is made up of gravel roads, especially those with less traffic. Those with some kind of asphalt can be found on the website of the Road Administration www.vegagerdin.is/vegakerfid/ slitlog where gray and red are asphalt, yellow gravel. 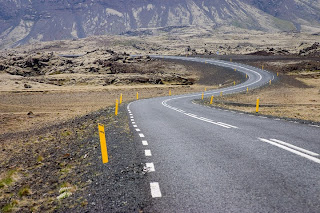 The main highway around Iceland, Route 1, circles Iceland in around 1400 kilometers. Once you get away from the South-West part the traffic becomes less but it is fast and the roads get narrower, especially once you get off Route 1. On the gravel roads you may encounter long stretches with potholes, “washboards” or lose sand but far less traffic.

Cyclists are allowed in all tunnels except the one under Hvalfjörður fjord. The Road Administration has a website www.vegagerdin.is/english with maps showing current road conditions including the interior highlands and weather conditions on certain mountain roads etc. 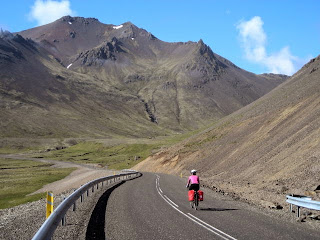 The mountain roads across the interior highlands are usually closed until late May or even as late as July, depending on the road and the weather conditions in spring. The Road Administration has information on mountain roads and when they open in the summers at www.vegagerdin.is. 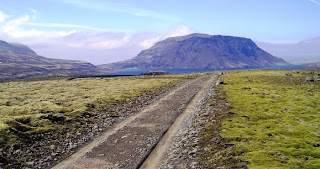 The highland roads are all rough gravel/dirt roads of various qualities from packed mud to washboards, loose gravel and even sand which may be impossible to bicycle when it has been dry for some period. Many rivers must be crossed on fords and can become dangerous in much rain and in case of glacier rivers, in much heat. You may therefore have to wait until late night or early morning to cross some glacier rivers during the summer. Mountain bikes with fat studded tires for good tracking and comfort and low gear ratios to help climbing steep hills are recommended. 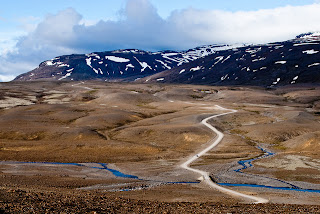 Various huts can be found in the highlands, and can be found on most detailed maps. They may (quite likely) be full and need to be booked well in advance. In the lowlands, guesthouses and hotels can be found but accommodation is not guaranteed so a tent is recommended as an option. 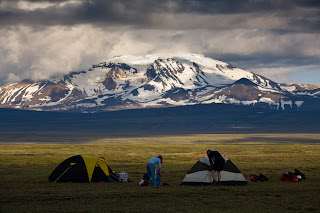 In general travellers are allowed to put up their tents everywhere except in cultivated land, too close to residential buildings and especially protected areas. It is still a common courtesy to ask farmers for permission before camping on their land.

Food can only be purchased in towns and some other highway locations. You will therefore have to bring food for several days when you are crossing the highlands. As Iceland is sparsely populated there may be 100 to 200 km between shops even on the Ring road between Mývatn and Egilsstaðir and Höfn and Skaftafell. 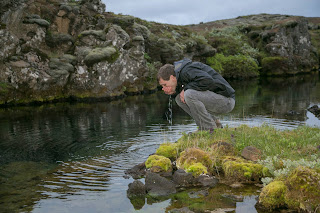 Water can usually be accessed quite easily in the countryside from streams and rivers. However in sand and lava areas water needs to be carried. Never take water from areas where farms or fields are upriver. There you can visit the farms and get tap water. Water from glacier rivers should only be drunk in emergency and preferably filtered. Usually 1 to 2 liters of water carrying capacity is enough.

Based on information from The Icelandic Mountain Bike Club, visit their website for further info: www.fjallahjolaklubburinn.is/index.php/english

Jökulmílan
160 km or less around Snæfellsnes. 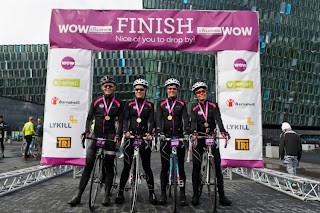 Become a superhero in Iceland
by cross-country skiing, swimming, running and cycling

- Cyclists bringing their bikes on flights to Iceland should pack them in suitable boxes.
- Due to limited space at the Keflavik air terminal, there are no facilities for assembling or disassembling bikes there.
- The Youth Hostel in Laugardalur offers facilities to assemble and disassemble bikes and will store transport boxes for a reasonable fee. This is also the location of the Reykjavik camping area. The Flybus takes you between the airport and the Youth Hostel. At Keflavik airport, Bilhotel offers storage of transport boxes. Contact them for their fees.
- In most domestic airports you will find some space to work on your bike. Just be considerate and don‘t take up too much space.
- For getting out of Reykjavik, public transport to e.g. Kjalarnes, Akranes, Borgarnes or Hveragerði is a good option. It is cheap and there can be two bikes on each bus if space permits. Transport of bikes in the buses of Strætó bs. is free of charge.
- By starting the trip from Reykjavik on the bus the bicyclist avoids the hectic and traffic-loaded ways leading to and from the Capital area. By taking the bus to Akranes, one bypasses the only tunnel in Iceland that is not passable by bike: the Hvalfjörður tunnel. Leaving the bus in Kjalarnes on the way to the West and cycling the Hvalfjörður fjord is especially pleasant, though. The fjord enjoys fantastic nature and sparse car traffic.
- In Iceland public transport buses are operated by several companies. The map reflects which company operates which routes. The operators have homepages showing the seasonal schedules, prices and other useful info. Apart from Strætó, most collect fees for the transport of bicycles. It is advisable to check beforehand the conditions of the operator you plan to travel with.
- You can get on or off the bus everywhere the main road meets smaller roads on the route in rural areas, just be sure to make clear if you want the bus to stop. In the Capital area and other areas with local buses, they only stop at marked stops.
- For certain, more remote routes, (e.g. 79, 83 or 84), please consult with the service center at tel. 540 2700.
- In rural areas, bikes are put in the luggage compartments of the buses. The number of bikes that can be allowed on any given bus can not be guaranteed, but bikes are usually allowed while there is room for them.
- For all rural buses, you can buy tickets on the bus. When you pay for a single fare in local Strætó in Reykjavik, you must have the excact amount needed, as there is no change.
- Most domestic ferries do charge for the transport of bicycles.

Iceland has a lot to offer for those who choose to use a bike to discover the land of fire and ice. This summer a unique map was released where travellers can in one place find practical information, a list of bicycle related services and public transportation. 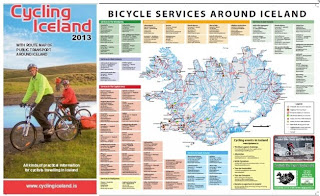