The premiere of Land and Sons in January 1980 heralded the genesis of regular film production in Iceland. However, the history of Icelandic cinema goes back much further. Movies were shown in Iceland for the first time in 1903, with actual production beginning the following year. Iceland has remained attractive to visiting filmmakers ever since. The oldest preserved film is a three-minute documentary by the Dane Alfred Lind, dating from 1906, and in 1919 Gunnar Sommerfeldt directed his adaptation of the Icelandic author Gunnar Gunnarsson's The Story of the Borg Family (1920), the first feature film to be shot in Iceland. 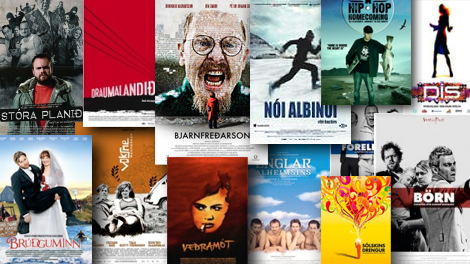 Though few and far between, there were a number of Icelandic filmmakers working prior to 1980. Perhaps chief amongst them was Loftur Gudmundsson, whose short farce The Adventures of Jon and Gvendur (1923) is the first altogether Icelandic fiction film. His subsequent Between Mountain and Shore (1949) has the distinction of being the first official Icelandic feature film. 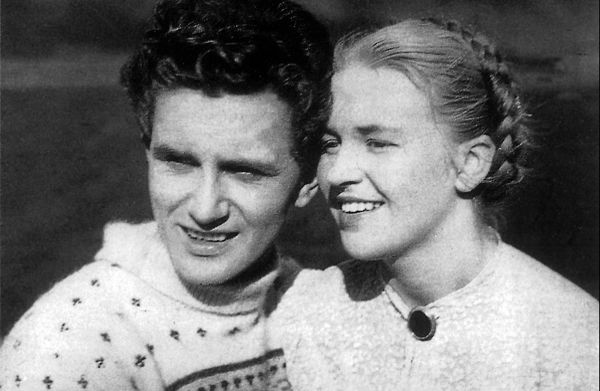 During the 1970s a group of freshly graduated film directors returned home to Iceland after completing their film studies in Europe. Initially they worked primarily for Icelandic television (RUV, 1966), though that changed when the Icelandic Film Fund was established in 1978. The following year saw the production of three entirely Icelandic films, and in January 1980 the first of them, Ágúst Gudmundsson's Land and Sons, had its premiere. Since then Iceland has produced a variety of feature films, most of which have found distribution in numerous international territories. In the 1980s critics and audiences took particular notice of Hrafn Gunnlaugsson's viking films, beginning with the high-energy Berlin festival premiere of When the Raven Flies. 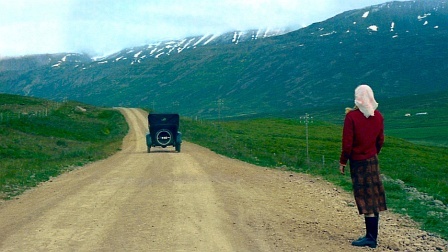 In the 1990s it was the bitter-sweet and tragicomic films of Fridrik Thor Fridriksson, who's Children of Nature (1991) made the final five for foreign films in that year's Academy Awards. The nomination served notice not only on his career, but in Iceland as a nation possessed of a strong and talented film culture. A much wider range of films began to reach international audiences, and the fledgling industry forged strong working relationships with financing and co-production partners all over the world. By the end of the decade Icelandic film was further enforced by a new film law, leading to increased subsidy (raising the average from three to six feature films a year in the new millennium), and in 2003 by the foundation of the Icelandic Film Centre, which replaced the former Icelandic Film Fund.

Icelandic cinema can be principally defined by its diversity, yet the contrast between traditional and modern Iceland, the past and present, has been a central theme throughout its history. The tendency in the new millennium, however, has been to portray modern urban life without that nostalgic longing for a distant past which characterized many earlier films. This development is largely a result of the growing number of directors, who now have a historical film tradition they can play up against. And the new century can boast of a wonderful range of great films, including strong titles from new directors such as Baltasar Kormákur (101 Reykjavik, Jar City, The Deep), Dagur Kári (Noi the Albino), Ragnar Bragason (Children, Parents), Rúnar Rúnarsson (Volcano) and Hafsteinn Gunnar Sigurdsson (Either Way). There has also been a wealth of successful short films and documentaries in the recent years. Truly, the variety in Icelandic cinema has never been more pronounced, which only serves to reinforce the growing interest and acknowledgement it has attained, in Iceland and abroad. 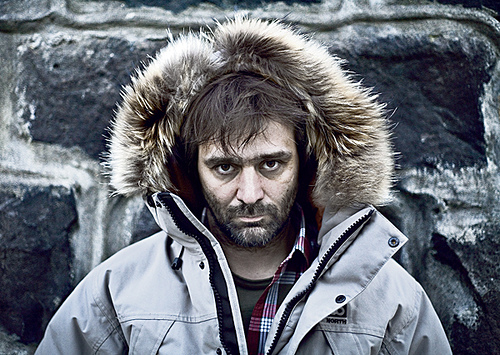 Based on actual events, a fisherman tries to survive in the freezing ocean after his boat capsizes off the south coast of Iceland.

On New Year's Eve, while his mother is away, Hlynur finds out Lola is a lesbian, but also ends up having sex with her. He soon finds out he and his mother are sharing more than a house. Eventually, he must find out where he fits into the puzzle, and how to live a life less selfishly.

A murder opens up a bleak trail of long-buried secrets and small-town corruption for a worn out police detective and his squad.


After being reacquainted with a childhood friend Stebbi joins the drug trade world in order to pay off his debt. Inspired by actual events.

Like a fish on a dry land, Kristofer is stuck in a dull everyday routine, working as a security guard. He was fired from the freight ship on which he worked when he was caught smuggling alcohol. Faced with money problems, he is tempted to accept the help of his friend, Steingrimur, who manages to pull some strings to get his old job back. He decides to take his chances one last time on a tour to Rotterdam.

A rich father in a fisher village plans to take on the project of writing his life story. But first he has to take on his own family, and everybody wants something...

When Hildur - a beautiful high society girl and a regular guest in the national celebrity press - finds out that her boyfriend Jolli is about to go into jail, she realizes she has to learn to stand on her own two feet. Hildur possessing no skills or any practical experience tries to find work but without success. She's about to give up when by pure coincidence she lands a job selling role playing books and accessories at the local fantasy-shop Astropia. From that moment her life transforms.

At Astropia Hildur is introduced to a group of nerds who give her a new outlook on life. Among them are Dagur a translator of romantic fiction, Scat a rapper who makes his nerdlyness look cool, the comic and video clerks Floki and Pesi, the violent tomboy Beta and an eight year old whizkid Snorri. Gradually unlikely friendships are formed and Hildur enters the fantasy world of role playing where she struts around in a skimpy outfit slaying Orcs and Goblins and the world of adventure starts blending into her real life. Her old boyfriend Jolli, determined to get Hildur and his old lifestyle back, breaks out of jail and kidnaps Hildur. Hildur's ragtag group of friends are not about to let her go without a fight.

In the end it really is up to Hildur and her newfound self-confidence and independence to break free from Jolli's shackles once and for all.

Páll is an artistic and sensitive young man. Getting dumped by his girlfriend, Dagny, triggers his descent into madness. We follow him on his way to inevitable doom; at home with his parents who finally can't cope, and in the mental institution, Kleppur.

A young couple, physiologist Agla and filmmaker Gunnar wake up at a glacier camp to find the camp mysteriously abandoned and their co-workers gone. When searching for the lost team they realize they're up against an unknown deadly force.

Jóhannes a middle aged art teacher leads a dull life until he meets a young and very beautiful woman by accident. Meeting her starts a series of hilarious events where Johannes sinks deeper and deeper into trouble. All attempts to correct a heap of misunderstandings only leads to new disasters. Johannes, the lead role, is played by Icelandic comedy icon Laddi that has entertained Icelanders for over 40 years.

Since his mother wants to watch TV, Axel, a young auto-mechanic, must recover her remote control, accidentally taken by his punk sister Maja. During his quest, he becomes involved in the conflict between Moli, the liquor smuggler, and Aggi, a night club owner who wants to be Iceland's first mafia boss