Minister of Finance Bjarni Benediktsson said during question time in parliament yesterday that his thoughts were with those who had lost their jobs but that RÚV is “like any other government institution, indeed we are talking here about a public limited company in that costs need to be rationalized.” 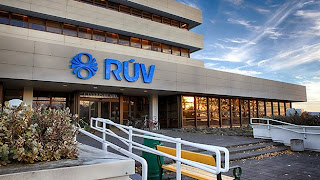 Head of the Association of Broadcast Journalists Hallgrímur Indriðason told visir.is that the broadcaster had gone through three such layoffs since 2008 but that people had hoped that such cuts had come to an end. 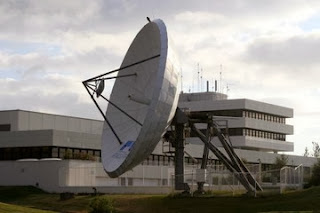 Director of RÚV, Páll Magnússon, stressed that the station would continue to provide the best service possible. They will reduce annual operating needs by 500 ISK million.

Operating from studios in the country's capital, Reykjavík, as well as regional centres around the country, the service broadcasts a variety of general programming to a wide audience across the whole country via radio channels Rás 1 and Rás 2, and one television channel.

Iceland has the highest rate of antidepressant use in the world

Rich, developed countries are consuming an average of 10% more antidepressants than about a decade ago, according to a report released on Nov. 21 from the OECD. 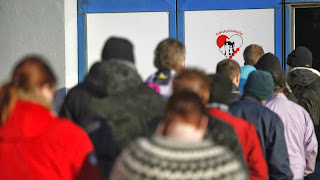 The increase has a lot to do with growing awareness about depression, which in turn has made treating the illness with drugs more socially acceptable. Big spikes in a few standout countries, the report says, may also “be linked to the insecurity created by the financial crisis” (pdf p.102). In Spain and Portugal, consumption rose 23% and 20% between 2007 and 2011, respectively. The UK’s rate doubled between 2000 and 2011.

The highest antidepressant-consuming country in the world? Iceland, where all three of the country’s main banks failed early on in the crisis. At almost twice the OECD average, its antidepressant consumption rose almost 50% over the observed period to 106 doses a day for every 1,000 people. (Some academics think Icelanders may consume more antidepressants because alternative treatments like psychotherapy aren’t as popular.) 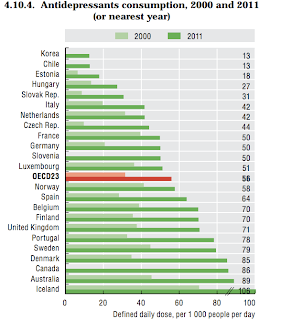 Ironically, the country is now considered model of recovery in Europe, since its economy is growing faster than others in the region thanks in part to a rebound in fishing and tourism. And yet Icelandic households are still wallowing in debt and shrinking salaries. The country’s current estimated rate of depression—between 15% and 25% of its residents are expected to experience depression at some point—is hardly model behavior.

Lack of Sunlight Saving in Iceland Factor for Depression?

Guðmundur Löve, head of the Icelandic Association of Tuberculosis and Chest Patients, believes that the fact that Iceland does not observe daylight saving like other European countries is one of the contributing factors for high rates of depression in the country. 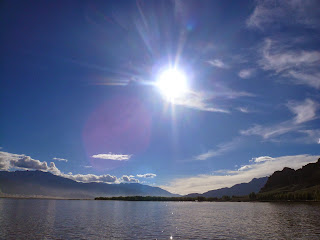 The feeling at the final whistle of the first leg was completely different, depending on which side you were supporting. For Croatia supporters, it was pure frustration; your team is the heavy favorite over a tiny country who has never been this far. 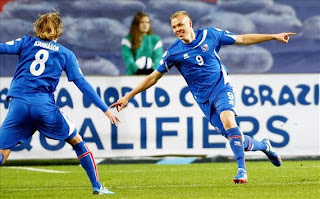 It is difficult to play on the road mind you, but still, this is Iceland, who is not known for their football. On top of that, you have one of the best midfielders in the world in Luka Modrić, and at striker, you have a Champions League winner in Mario Mandžukić.

On the other side, it was a combination of jubilation and relief as Iceland held on at home for the 0-0 draw. The Iceland squad showed just how bad they wanted to win this playoff series, having been dealt two major blows to their hopes. Just before halftime, Ajax striker Kolbeinn Sigþórsson had to be stretchered off the field due to injury, but there was not need to worry, as he was replaced by legendary Iceland footballer Eiður Smári Guðjohnsen. 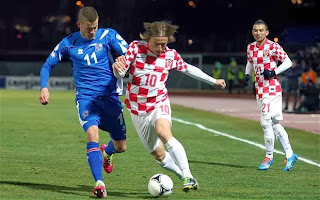 The worst came in the 50th minute when right back Ólafur Ingi Skúlason was shown a straight red card on a challenge from behind. Iceland proceeded to play with 10 men for the final 40 minutes, and somehow managed to come away with a draw.

“The journey was comfortable and it was great to be able to fly directly,” Lars Lagerbäck told vísir.is yesterday once he and his team had settled in to their hotel in Zagreb, Croatia. Tomorrow the two nations will compete for a place in the 2014 Brazil World Cup. 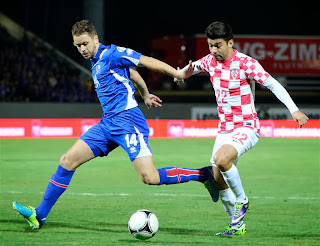 Croatia is the better team and they are at home, while Iceland is dealing with injuries, cards and the hostile Zagreb crowd.

Iceland24 prediction: Iceland 1, Croatia 1 (Series Tied 1-1, Iceland wins via the Away Goals Rule and advances to the World Cup)

Global Social News Network Vocative did a video story on the Miss Iceland 2013 beauty pageant. They make  fun of the whole thing, while interviewing contestants and Icelanders that are against beauty contests. 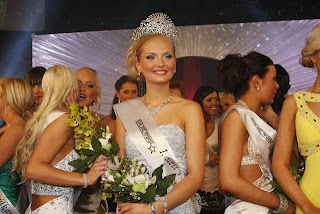 When we learned there wasn't going to be any press coverage of the Miss Iceland pageant this year, we were heartbroken. (Wasn't everybody?) So we did what any fledgling news team would do—if they also happened to be in Reykjavik. We got ourselves a world exclusive.

Watch our—once again, exclusive—coverage: Behind the scenes at Miss Iceland 2013, where stunningly beautiful women bravely compete for glory in the face of public outrage.

The competition has been carried out since 1950; in the first year it was called Miss Reykjavík (Ungfrú Reykjavík). Since 1955, the contest has taken place under the current name Miss Iceland.

In the past, contest winners gained the right to represent Iceland in Miss Universe, Miss World or Miss International. As of 2009, the winner goes on to compete in Miss World. Runners-up go to Miss Universe, Miss International and Miss Earth. There are six regional preliminary contests in each of the five rural regions and in the capital Reykjavík. 20 to 24 candidates, three to four from each region, take part in the finals. 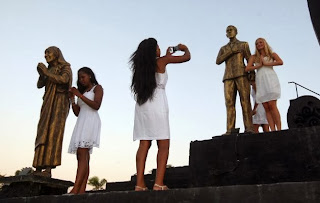 Iceland is one of the most successful countries at the Miss World pageant with three victories, a record for a nation with a population of less than half million people. The current owner of the pageant is Arnar Laufdal Ólafsson.

Drivers should take care at this time of year, roads can be icy, even around Reykjavík area. All highland roads are now closed due to snow. 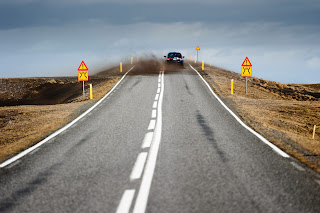 Search and rescue teams picked up tourists in two rental cars stuck in snow yesterday. Two women were stuck at Uxahryggjaleið road, West Iceland, in a small car. The road (number 52) is a mountain road from Þingvellir National Park to Borgarfjörður and is currently closed. Even during the summer, a 4x4 vehicle is recommended.

The second incident occurred on road 435, from Reykjavík to Lake Þingvallavatn, when two men got stuck in snow in a small SUV. After repeated attempts at freeing the car, the vehicle was left undrivable, visir.is reports.

Before heading out on a road trip in Iceland visit www.vegag.is for up to date road conditions and vedur.is for weather.

Most mountain roads and roads in the interior of Iceland have a gravel surface. The surface on the gravel roads is often loose, especially along the sides of the roads, so one should drive carefully and slow down whenever approaching an oncoming car. The mountain roads are also often very narrow, and are not made for speeding. 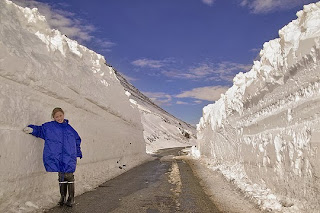 The same goes for many bridges, which are only wide enough for one car at a time. In addition to not having an asphalt surface, the mountain roads are often very windy. Journeys may therefore take longer than expected.

The total length of the Ring Road around Iceland (national highway) is 1.339 km. The general speed limit is 50 km/h in urban areas, 80 km/h on gravel roads in rural areas, and 90 km/h on asphalt roads.

We recommend you read: