Travel Safety Info to Appear on Screens Around Iceland

Thirty screens with travel safety information will be set up at the main tourist spots around Iceland. The monitors are part of a new information system run by the Safe Travel project. 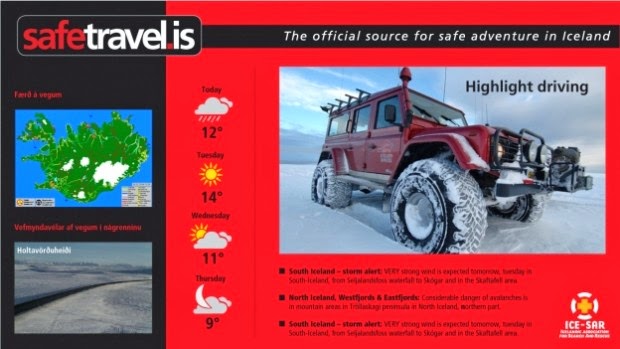 The screens will be installed at large information centers, transportation centers, airports, large hotels and gas stations. Preparation for the project involved extensive consultation with the Icelandic Met Office, the Civil Protection Agency, the tourism industry and the Icelandic Road Administration.

Providing information to visitors is an important tool in accident prevention, particularly in a country where weather conditions can change rapidly. 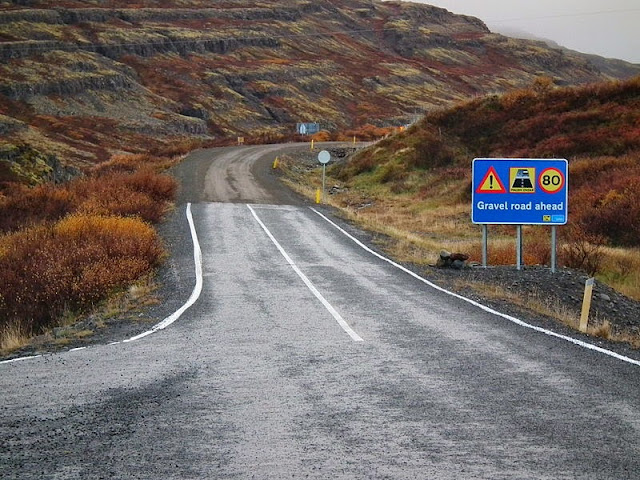 The screens will include warnings, weather forecasts, travel tips, the 112 national emergency number and road conditions via webcam.

The islands of Iceland

Iceland has surprisingly few islands big enough to explore and/or live on. This probably has something to do with how the country was made. The islands we do have, however, add a little bit of extra adventure to any exciting holiday in Iceland. 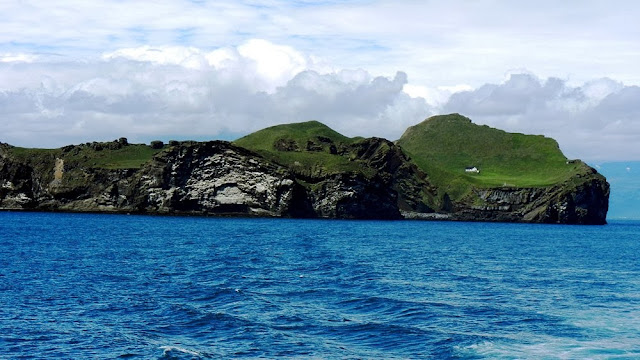 Iceland’s neighbours across the sea in places like Scotland and Norway seem to be absolutely awash with islands; but then they are physically older landmasses where erosion has been busily breaking up the rocks and currents have consistently been piling up sand and silt into monumental mounds – many of which are now islands.

Iceland, on the other hand, is a volcanic land still being created from a seam between tectonic plates as they move apart. As the lava bubbles up to fill the gaps, we are left with a remarkably circular shaped country, compared to most. As well as this, the forces of nature have not had a very long time to work on island building so far. 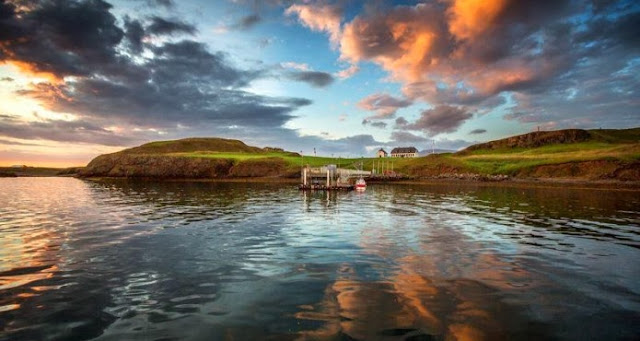 Iceland can boast about 30 so-called ‘big islands’ ranging from 13.4 sq. km down to 20 sq. m. We have thousands of rocks and skerries as well, but they are classified as ‘small islands’ and not therefore counted.

Of Iceland’s 30 main islands, nine are of particular interest and can be visited, or viewed from offshore. That number is ten, if you include the island of Iceland itself…Here they are:

This is the only one of South Iceland’s Westman Islands (Vestmannaeyjar) which is inhabited by humans. Actually the island has one of Iceland’s bigger towns on it and is worth visiting just for that. But Heimaey is famous for two things above all else: puffins and the big scary 1973 volcanic eruption. The former nest on the island in numbers not seen anywhere else on the planet and the latter kept the islanders away from home for nearly seven months and destroyed a lot of houses. Now you can explore some of those houses, Pompeii style. 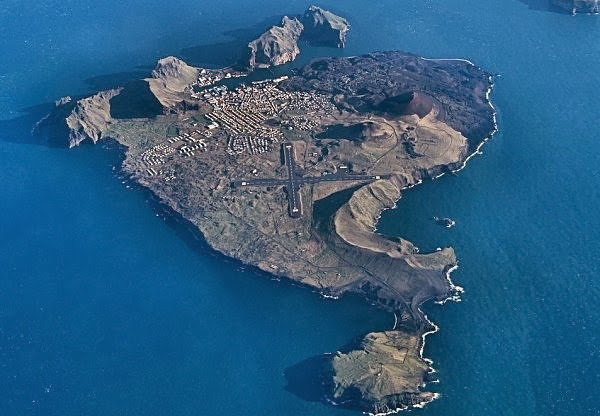 This delightful, peaceful little island is full of history and has been permanently inhabited since the settlement of Iceland. It is the second biggest island off the mainland and only 15 minutes’ ferry ride from the mainland. The island is today part of the Akureyri municipality and its 170 inhabitants are mostly famous for the seafood they create – especially the beautiful mussels. 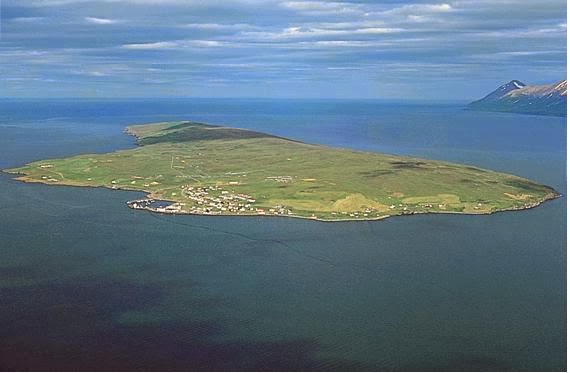 A fair way further offshore out to the north lies Grímsey – famous mostly for being the only part of Iceland to cross the Arctic Circle*. It’s one of those little human landmarks that we like to go to. See the line. Jump over the line. Jump back again. Take a photo straddling the line. You know how it goes. Fishing and tourism are the 90 inhabitants’ main livelihood. 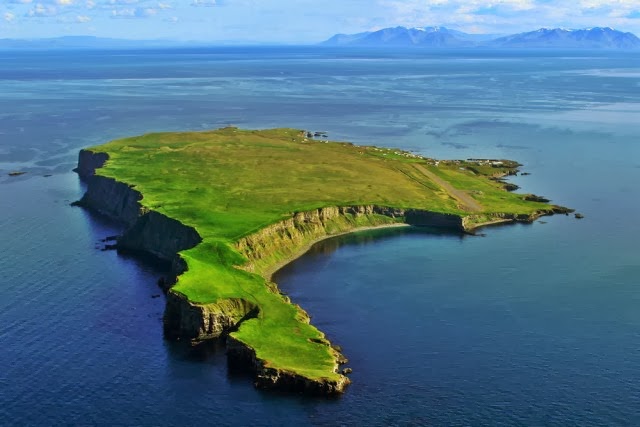 Viðey is less than five minutes by boat from Reykjavík. It has a lovely cliffy beach to explore, a small adventure playground, a café and the renowned Lennon Ono Imagine Peace Tower, which is very much worth seeing, even when the lights are turned off. 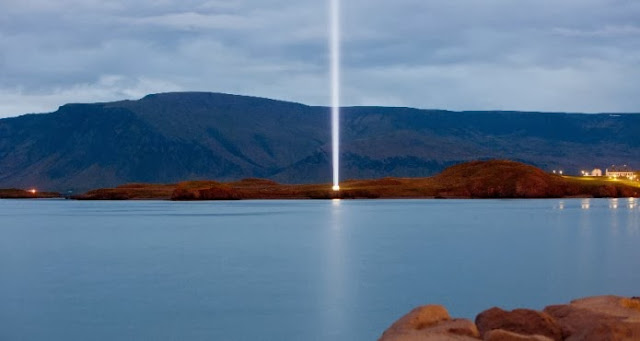 Surtsey is another one of the Westman Islands. Although it wasn’t before 1963. The volcanic eruption that created the island lasted until 1967 and Surtsey has been a natural laboratory ever since, allowing scientists to study how life colonises new land. As a result, you can’t go there. Sorry. But you can get close to it on a boat. 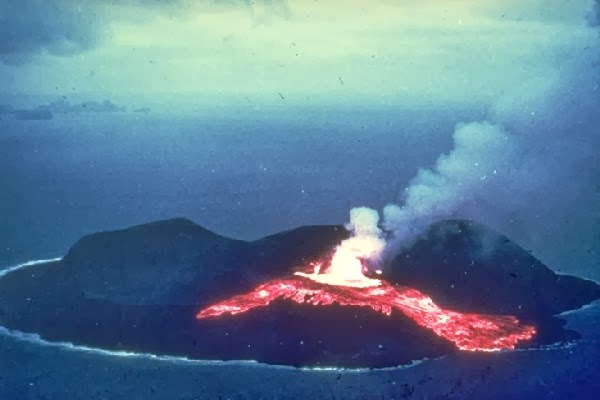 Flatey in Breðafjörður is the quintessential image of rural Icelandic charm. The green agricultural island has a winter population of just five people, but many more in the summer. The ramshackle, but welcoming village was the set for the Icelandic comedy film Brúðgumminn. The ferry between Snæfellsnes and the Westfjords stops at Flatey and it makes a great overnight stopover. 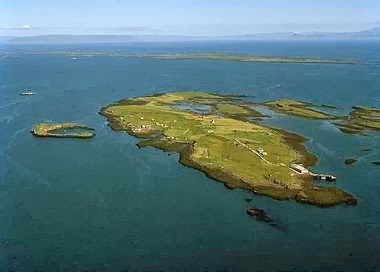 Vigur island is one of the Westfjords town of Ísafjörður’s biggest attractions. The island is not in the town, but the ferry departs from there… Vigur is famous for the quality of the farmer’s cakes and waffles, for having the smallest post office in Europe, and for its eider ducks, which are quite unafraid of people and provide some of the world’s most valuable and sought after eider down. 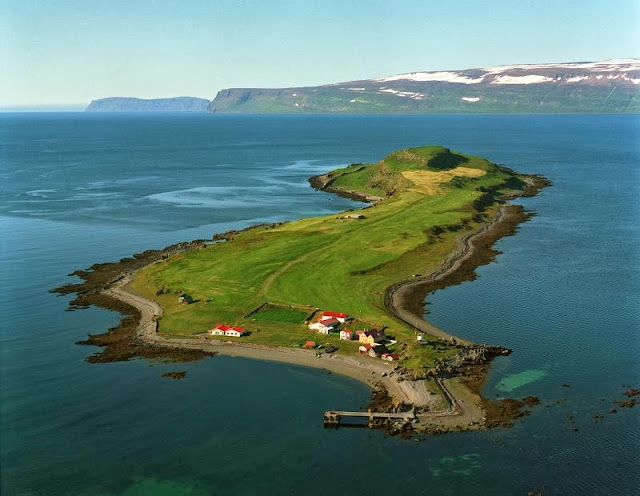 This is one you almost certainly can’t visit. It is a tiny rock way above the Arctic Circle famous for nothing more than being Iceland’s northernmost point. In the name of frontier building and political shenanigans, Iceland built a helipad on the rock – which is almost the same size as the whole island. By regularly landing Coastguard helicopters on the island, Iceland proves its sovereignty of the island. At least that was the idea before the helipad crumbled into the sea. The whole island may not be far behind it. 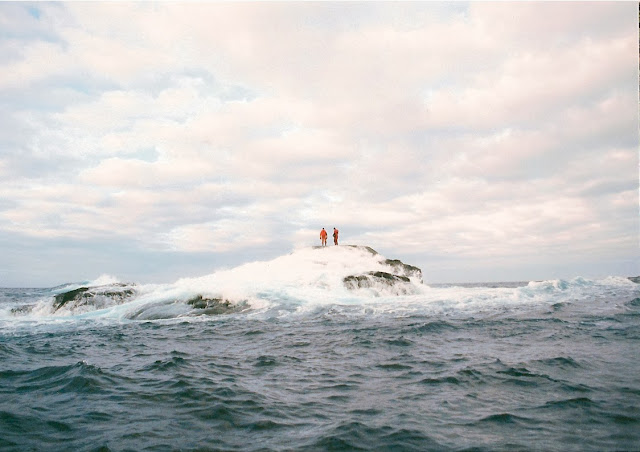 Lundey is another one just off the coast of Reykjavík, and another one you, unfortunately, can’t go and walk on. But if you take a whale watching tour, there is a very big chance you’ll stop very close to the island to observe all the nesting puffins from a safe distance. The island’s name means Puffin Island – and that’s precisely what most tour guides call it. 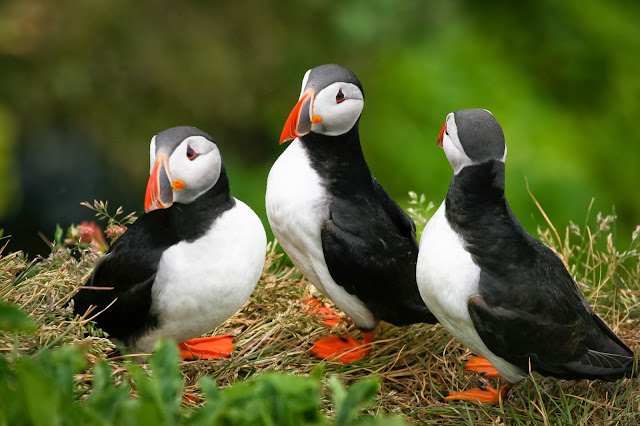