An small eruption in Holuhraun

A fissure eruption started around midnight in the Holuhraun lavafield, ca. 9 kilometers north of Dyngjujokull glacier. Lava streams out of a 100 meter long fissure, in the northern part of the lava field, about 15 kilometers south of the Askja caldera. IMO has issued a ONLY orange alert for aviation (there is no danger, it is a small eruption). 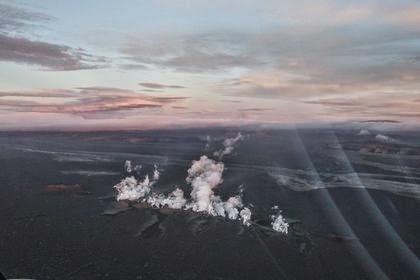 The eruption seems to have started near the northern end of the magma intrusion that has been propagating northward from the Bardarbunga caldera since August 16.

Small surface crevasses were seen in the Holuhraun lava field yesterday, leading to increased interest among scientists. The possibility of an eruption migrating southwards, towards the Dyngjujokull glacier cannot be excluded at this time.

Benedikt Ofeigsson, staff member at the Icelandic Met Office is at the scene. In an interview with RUV tonight, he described the eruption as small; lava is flowing to the southeast and some small tephra mantles are coming out of the fissure. 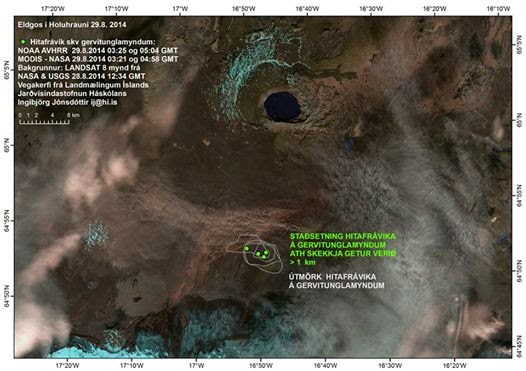 The IMO has issued a red alert (highest) for aviation. That means that airtraffic is restricted in a large area around the eruption. The fissure lies on a northeast - southwest direction.

A live webcam of the eruption can be found at www.mila.is. Road and area restrictions that have been enforced over the last days are still in effect in the area north of the Vatnajokull glacier.

The situation is not serious and is a small eruption. There is a tour company that is already offering a tour to go see the volcano.