Seismic activity near the Askja caldera

A 4,5 Magnitude earthquake occurred just east of the Askja caldera at 01.52 GMT this morning and strong seismic activity has been detected south of Askja in recent hours. The dike intrusion is believed to have reached a lenght of more than 40 kilometers to the north, towards Askja. 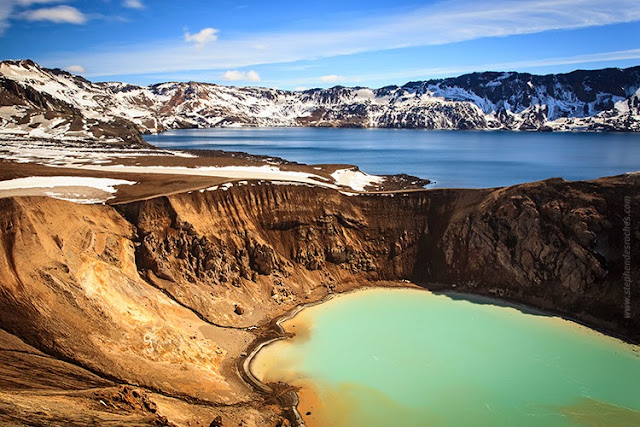 Models of the intrusion, based on GPS measurements of land deformation and earthquake resolutions, indicate that about 20 million m³ of magma have entered the intrusion over the last 24 hours; 3-400 million m³ since the beginning of the episode, on Aug. 16. The intrusion also seems to have caused considerable stress in the bedrock over a large area, including the vicinity of Askja. According to scientists at the Icelandic Met Office, that could explain the 4,5 event near Askja this morning. Most of the seismic activity has however been concentrated near the intrusion, north of Dyngjujokull outlet glacier.

„The 4,5 Magnitude earthquake near Askja was duly noted,“ says Magnus Tumi Gudmundsson, professor of geophysics at the University of Iceland. „Our interpretation of that event is that this is a reaction in the rock strata to the intrusion coming from the south. It causes tension, but the earthquake does not signify an impending eruption in Askja. 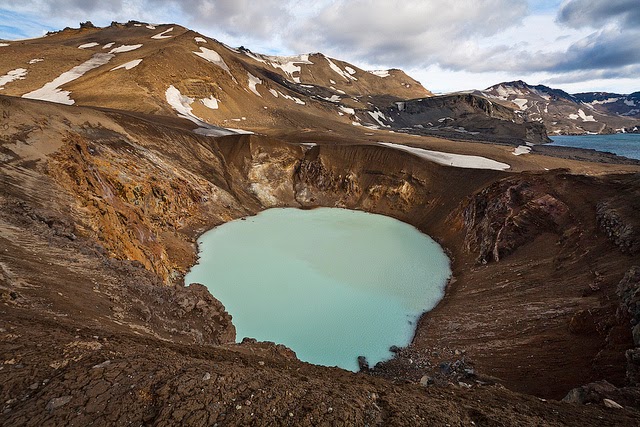 This is a very interesting sequence of events; big news really in a geological context, even though an eruption has´nt happened yet, and hopefully will not happen. We are looking at the active rift between the plate boundaries in the middle of the country, where much of the volcanic activity has taken place. This particular area has been relatively quiet in recent decades; an intense episode like this has probably not happened for the last hundred years, perhaps not even two hundred years.

How much has the land spread?

„It´s difficult to say precisely. The intrusion is perhaps 2 - 3 meters wide, but that does not mean that the distance between Egilsstadir and Reykjavik has increased by that; rather the island is being pulled apart, and the landmass on either side is pushed together. But locally, down in the crust, the rock has been cleaved.“