A small volcanic eruption has started near Bardarbunga volcano, according to the Icelandic Met Office. All air traffic is now prohibited in a large radius around the volcano. The met office has upgraded its alert level to red. A 25 km (16 mi) long dike has formed benath the surface. 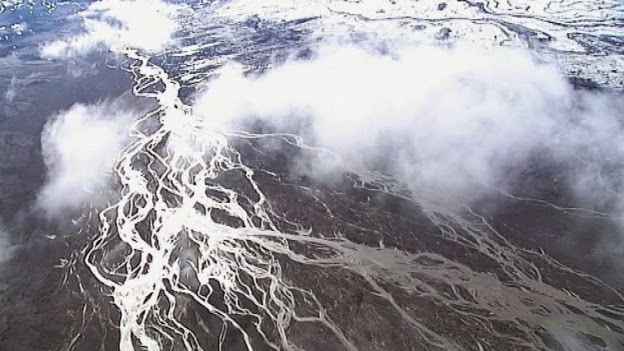 The main road no. 1 has not been closed, due to the volcanic eruption in Dyngjujökull, North Vatnajökull.

All Icelandic airports are open even though an airspace, 140 x 100 nautical miles, is closed over the sub-glacial eruption site in Vatnajökull.