The views of the volcano from the plane were impressive to say the least. That was on Saturday, the day of our arrival. It was on Sunday, whilst enjoying lunch with some Spanish red wine that the real adventure began. It was an unexpected but most welcome twist to our journey that we will remember for the rest of our days. 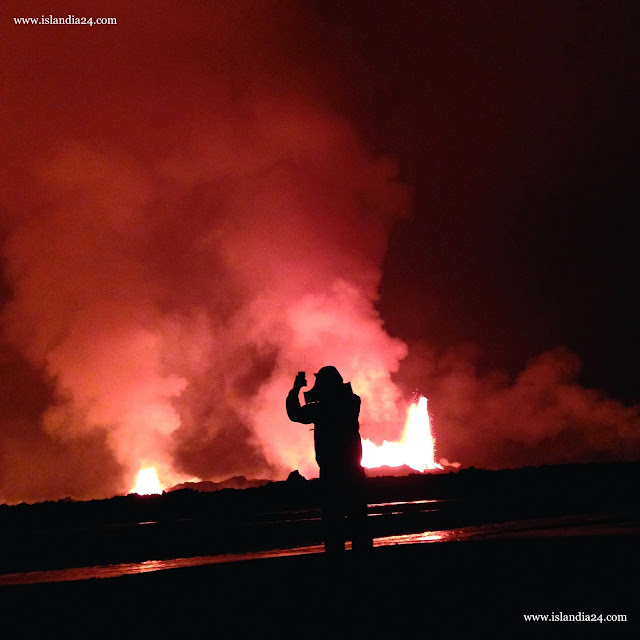 At around 2pm we received a call from the Civil Protection Agency informing us that access to “point zero” was now permitted. We were not expecting this. In fact when we got the call we were planning our return trip to Reykjavik. Suffice to say we quickly finished eating and ran to the hotel to collect our belongings.

Time was of the essence, so we headed straight for the meeting point at Myvatn to find our contact Sindri, who would take us to the volcano. Sindri, a local expert driver-guide was as excited as we were. It was the first time he had the opportunity to experience a volcano at such close quarters.After checking all of our equipment, including dangerous gas sensors we jumped into the Super Jeep and headed off to the “giant in flames”. 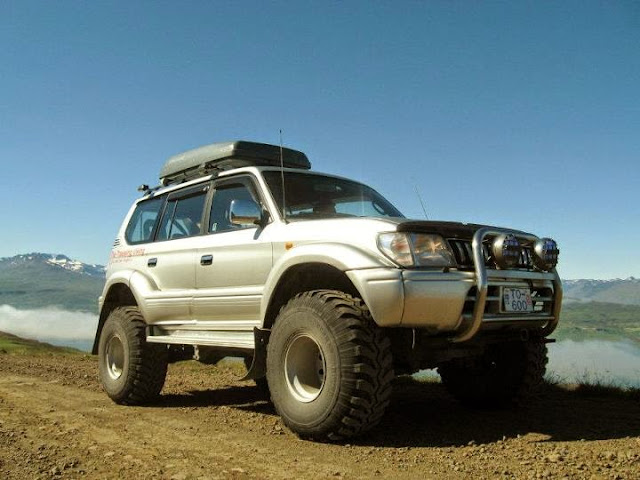 The unpredictable nature and potentially devastating effects of volcanoes is something not to be taken lightly, and with the eruption of 2010 still fresh in our minds we approached the eruption site with no little amount of trepidation and fear. However, our relentless thirst for travel, our fascination of the volcano plus our commitment to report on the events helped to give us the impetus we needed to get there.


Less than an hour later we were in Moðrudalur, the last inhabited settlement before entering the maze of tracks that lead to the volcano. The possibility of a sub-glacial eruption flooding the valley that offered the most direct route, we were forced to take a diversion through winding roads and lava fields from the east to the shelter of Askja. From here we would follow a new path that would lead us to Þorvalstindur and the eruption area. 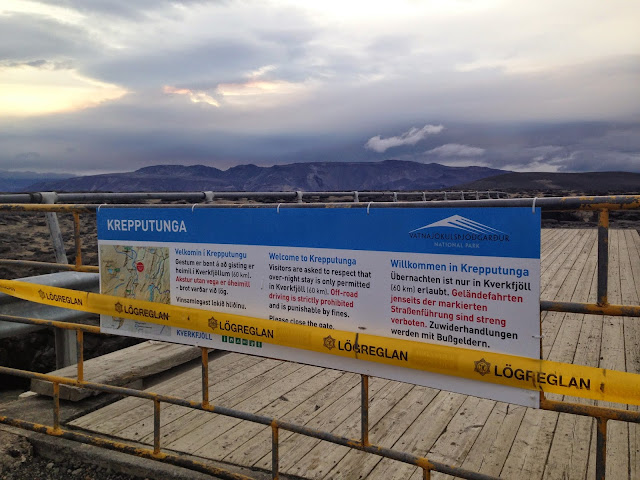 The numerous police checks combined with the slow arduous going on the barely drivable tracks in this bleak arid landscape merely served to compound our frustration. Night was approaching and there was still another 35km to go. The glow of the clouds in the distant lent an apocalyptic feel to the proceedings. Fear, respect, excitement, impatience, apprehension, joy, curiosity – our team were experiencing a cocktail of emotions that somehow managed to unite us more than ever. 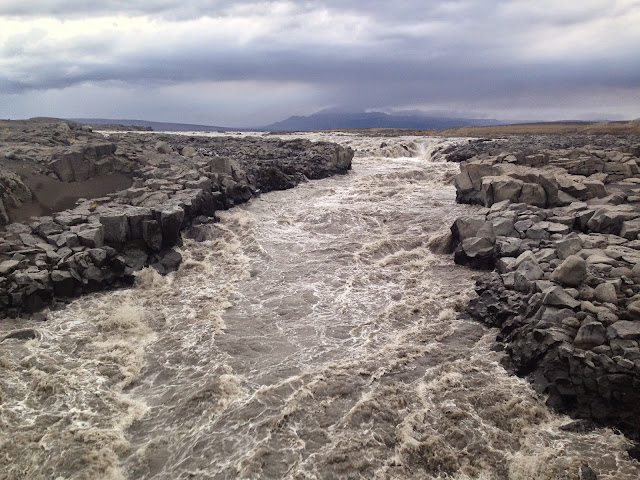 We finally arrived at Askja. We stopped at the hut there for a few minutes before the countdown could begin. Our journey to the gates of hell was almost over. Sindri accelerated as if possessed by demons as the engine of the 4X4 roared into action.Suddenly it was there. Expelling magma and smoke with a violent force that coloured the sky with dark foreboding shades of grey. 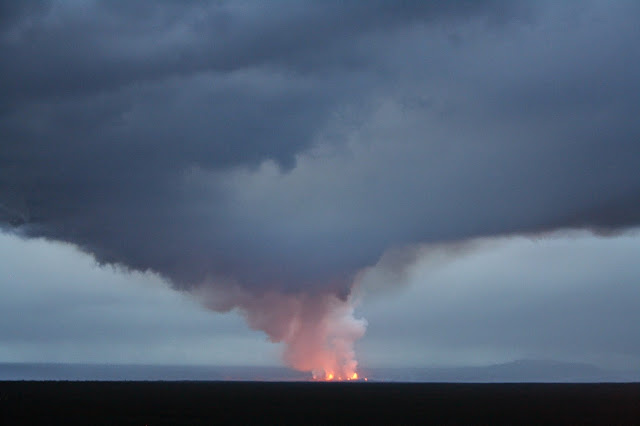 With a bright red dot on the horizon forming a strange almost surreal sunset that illuminated a seemingly infinite expanse of black sand, our indefatigable horse walked on. A glacier and a dark mountain completed this otherworldly landscape, and I felt like I was marching into a battle at the end of the world. My very own Ragnarrök.

Then it hit me. What if the activity at Bárðarbunga suddenly increases. What if a dreaded subglacial eruption floods the entire area that surrounds us? I glanced nervously at Sindri, and he sensed my unease. I ordered him to stop the jeep. We could feel the ground beneath us shaking. I asked him if he was sure we were doing the right thing. Without hesitation and displaying a bravado so typical of a Viking warrior he replied that we were. We took advantage of this brief pause to take pictures and videos just as it was getting dark. 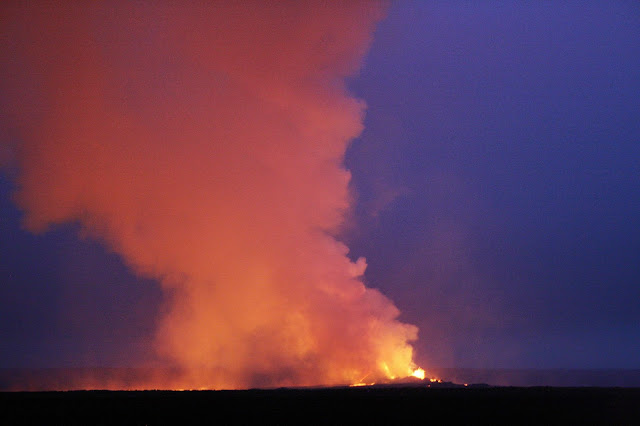 Our desire to be as close as possible to the eruption spurred us on. We set off again, and 10 minutes later we were almost there. The darkness had made the glowing embers of the lava almost indistinguishable from the red lights of the few vehicles that were already there.


Finally there it was. The Volcano. It would be futile for me to even attempt to explain how I felt. There are simply no words. The excitement just flowed through my body and I could feel tears trickling down my cheeks. Pictures and videos can only go some way to describing the sensation of witnessing a volcano eruption. There is nothing that can truly depict what we felt. All I can say to you,  friends, readers and travellers is to believe me when I say that there is nothing more powerful or humbling than the unrestrained forces of nature.

The cost per person is €250 from Mývatn, and the truth is this one is highly recommended (do not overpay for this!) You can use the tour offered by Landmannalaugar Tours..