The very north of Iceland is considered one of the most remote places in Europe. In this remote location, the Westfjords peninsula is home to Hornstrandir nature reserve: an isolated and unspoiled example of the undisturbed arctic.

Hornstrandir seems to be moving backwards. The current trend around the globe seems to be for people to take up more and more land, but strangely Hornstrandir, a place that used to be widely inhabited, is now completely empty. 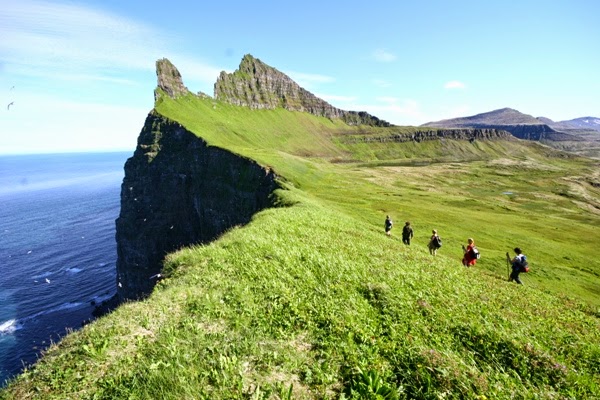 In the mid-20th Century, the people of Hornstrandir, who had been hardy people living from the land, left their lives of sheep farming along with hundreds of year of tradition and even their houses, and took off for the ‘big city’. The houses are still there as a strange remnant from a way of life before modern conveniences. 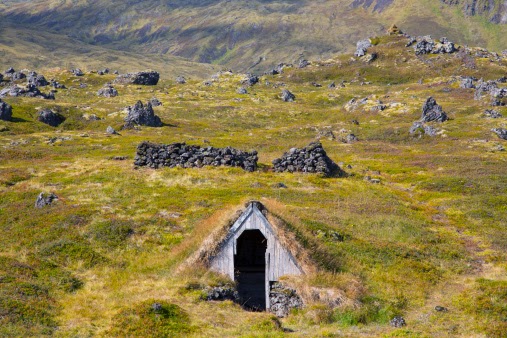 The houses are maintained by their respective families as summerhouses. There are still no access roads and the houses can only be reached by boat and/or a long hike.

Hornstrandir is not a deserted city, rather it is a vast place that was once dotted here and there with sheep farms that have since vanished. It has always been an expansive, lonely, windswept place of great solitude. It's just that the spread-out farmers, fisher-folk and their sheep have gone now too. 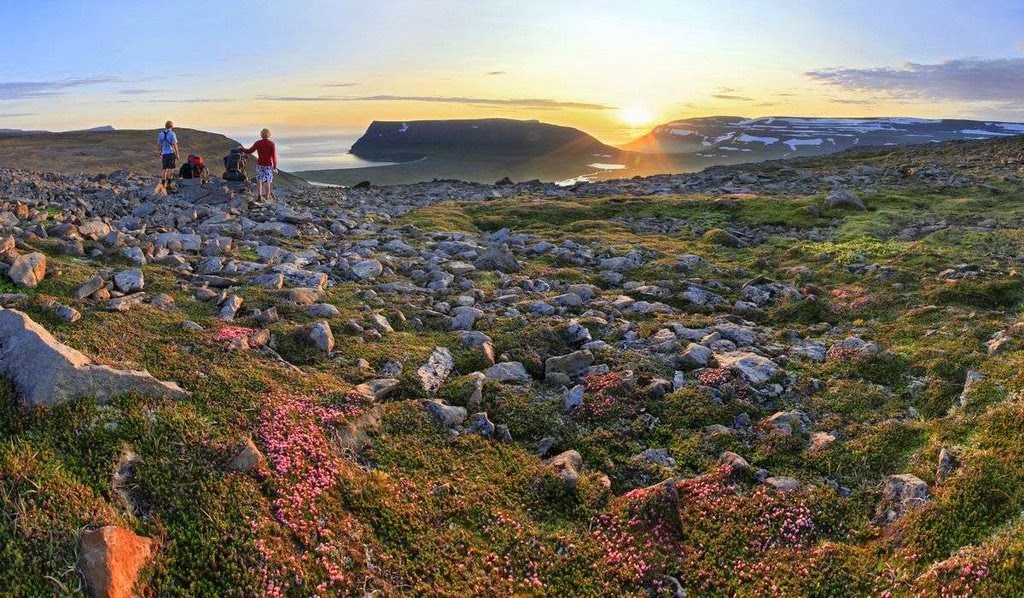 If what you are looking for is solitude and a place to be surrounded by nature, Hornstrandir is a place for you. As the ultimate backcountry experience Hornstrandir is a place to be explored, where you can pretty much go as long as you want without encountering another person. Though it is very isolated and almost inhabited, the peninsula is rather easily accessible via the ferry service from Ísafjörður. There are also several tour companies operating in the area. If something should go wrong, there is some cell coverage in the area. Like in the rest of Iceland, in Hornstrandir the Arctic fox is protected and they are not allowed to be hunted. As a result, the foxes are not as wary of people and give visitors a great chance to see them up close. 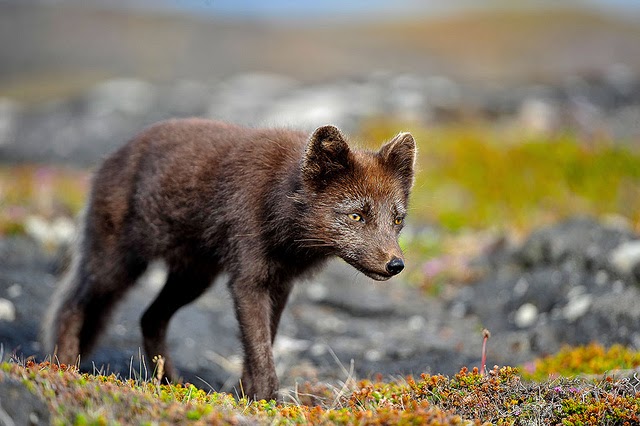 Hornstrandir is also a place for any armature ornithologists and bird watchers. The lack of permanent residence means that the birds congregate on the Westfjords in the thousands. The peninsula's extreme cliffs provide seabirds of all kinds with a home, as well as providing some of the most impressive landscapes in Iceland. As the ‘ice’ing on the top, the peninsula is directly north of the Drangajökull glacier. 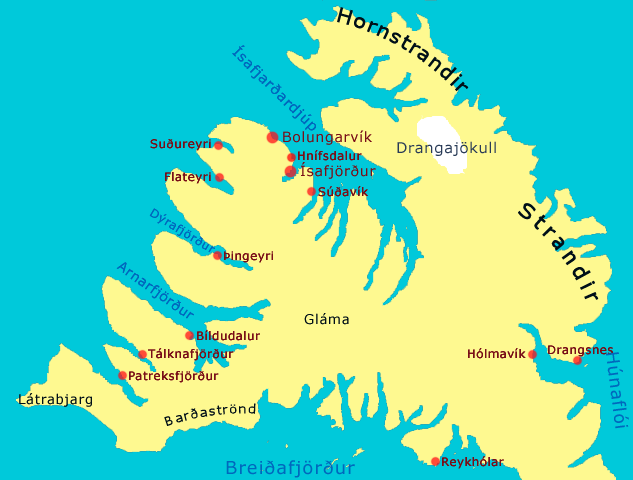 For reasons of safety, Hornstrandir is strictly off-limits in the winter. However in the summertime, Hornstrandir is a special place that is off the beaten path and can be a trek to remember. In the fall and spring, organized sailing/skiing adventure trips can be the highlight of any epic adventure vacation!

How to get to Hornstrandir

Organized tours. Take some of the stress out of and letting someone else make all the arrangements for getting to Hornstrandir. West Tours offers several options for day tours, which range from 6200 to 21,500 ISK per person and from 4 hours to 12 hours. 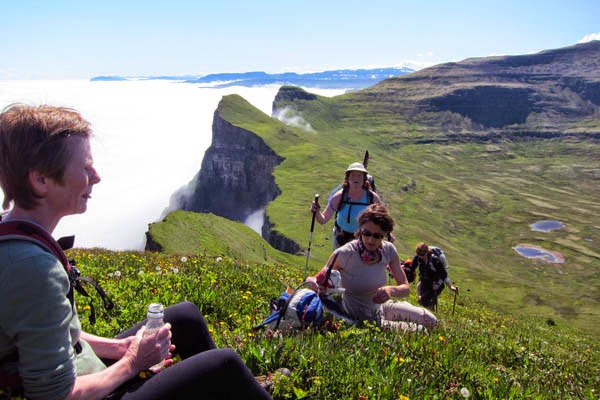 By car. If you have access to a car, you can drive from Reykjavik to Isafjordur and take the ferry across to Hornstrandir. However, there are no roads in the nature reserve, so it’s on foot for the rest of the trip.

By boat. Two boat companies offer scheduled boats to Hornstrandir – Sjóferðir operates three boats departing from Ísafjörður. Freydís offers mainly tours from Norðurfjörður to the east side of the peninsula. Ferry schedules only post the departure time and travel time may vary depending on a number of factors. 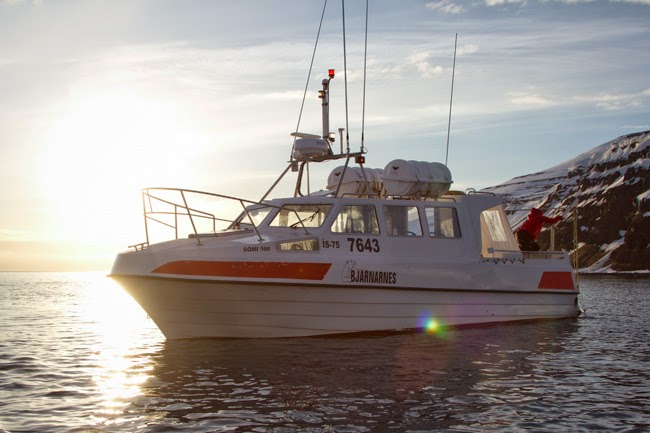 Once the boat arrives at Hornstrandir, it goes back to Isafjordur. Most people choose to get off the ferry at one point and hike to another ferry stop to re-board for the return trip. Be aware of the scheduled stops. It may be a good idea to book your times and tickets in advance, as most points are only serviced twice a week. West Tours sells tickets for each of the ferries. 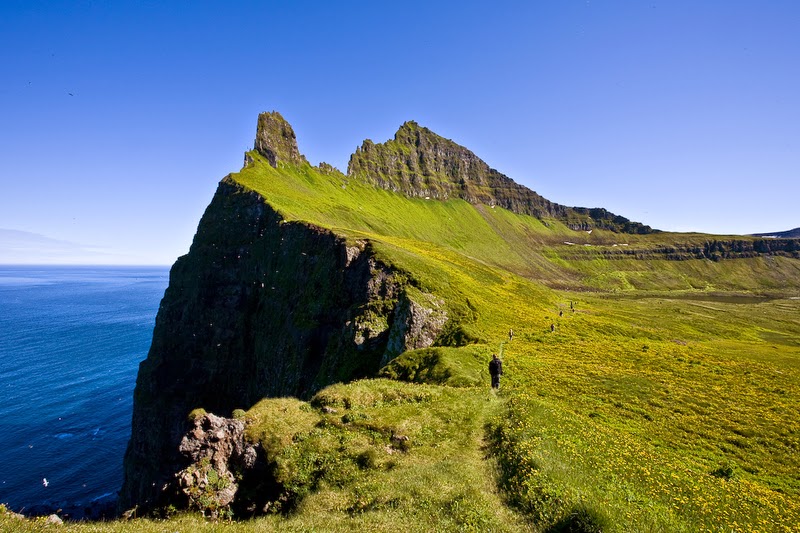 If you don’t want to have to worry about the ferry schedule and you have some extra money to spend, you can charter a boat. This is the easier and more convenient option but can be much more expensive. When traveling with a larger group, chartering a boat is the advisable option to avoid overbooked ferries. The extra cost is easily off-set by the number of passengers.