Askasleikir (Bowl Licker) is the 6th in the Yule Lads gang to visit during the Christmas period. He arrives on the 17th of December. I don’t want to make it sound like I am partial - because in fact I am not - but I think Askasleikir is very sly. At least, more than the majority of his brothers.

In the old times, especially in farmhouses, Icelanders used to eat from lidded bowls sitting on their beds. The lidded bowls prevented the food from getting cold and were usually placed on the floor or under the bed in between bites. 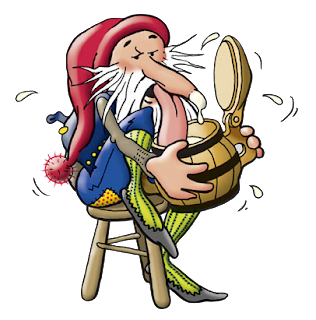 Askasleikir specialized in hiding under furniture waiting for these moments and refined his art over the years. When something edible is placed on the floor, he stretches his arms and steals it.

I suspect it may be this gentleman’s fault that children are so afraid of monsters hiding under the bed at night.

The sixth, Bowl Licker,
Was without a peer.
-From under the beds, he
Pushed his ugly head.

When the bowls were placed
In front of cat and dog,
He cunningly snatched them
And licked till he was full.