We went to Iceland in the early part of November, so I want to get this out now while all the details are still fresh. I also hope that the information I provide will help others looking to explore Iceland in the same way.

Traveling independently is important to us, so I like to take care of all the details – car, hotels, etc. – before we set off. A big part of the fun comes in the planning stages. 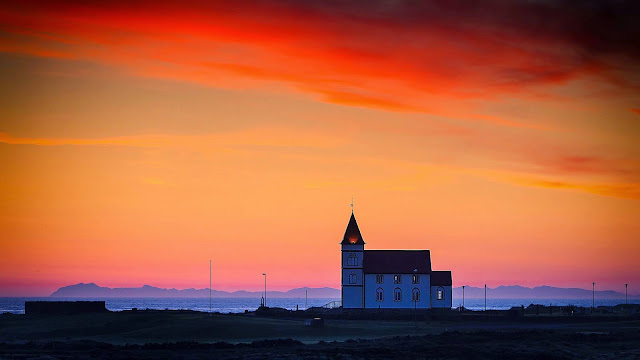 Day 1 We left Gatwick Airport on the first of the month, landing in Iceland at about 6 PM. The Kia Ceed we rented from Cars Iceland was waiting for us, and we were out and on the road in no time at all. There was some concerns about driving into Reykjavik in the dark and without a navigation system, especially while driving on the opposite side of the road from what we are used to. The traffic was light, though, and the roads were well sign-posted and easy to drive. We took the road that led to our accommodation, the Hilton Reykjavik Nordica. It was a nondescript hotel, but it did have all the amenities you expect from a Hilton.

Our next stop was down by the Reykjavik harbor so that we could try the legendary Icelandic fish and chips, which very much lived up to the hype. We took a short, albeit cold, stroll afterwards before getting back to our car and hotel. 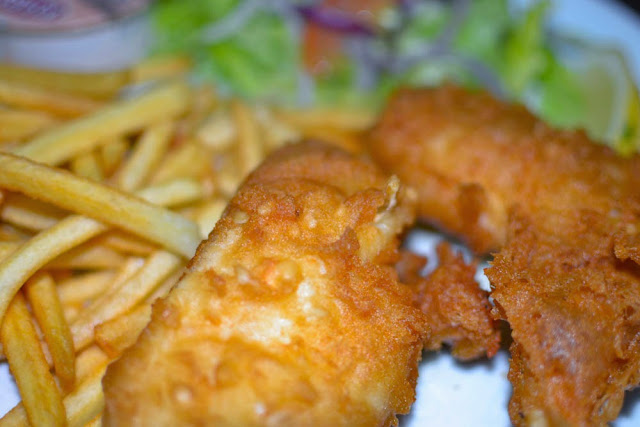 Day 2 involved a pretty log drive from Reykjavik to Jokulsarlon Glacier. The day started at about 8.30 AM, but we did take time to make a few photo stops along the way, including a brief stop at Skogafoss. We were at Jokulsarlon by 4 PM, and have to say that the drive was well worth it. It was quite the sight to watch the glaciers drift out to sea.

We stopped at Fosshotel Nupar for the night on the way back. The shipping containers out from were a little off putting, but once inside the hotel, we were treated to amazing views. Were it not for the cloudy skies, we may even have caught a glimpse of the northern lights. 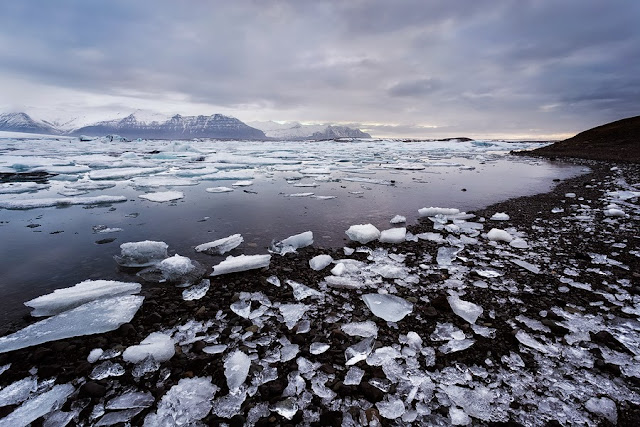 Day 3 We left our hotel at about 9.30 AM, heading back the way we had come the day before. It was a beautiful clear day, so we stopped at a few places we had missed the day before. These included Dyrholaey, Seljalandsfoss, and the Eyjafjallajokull volcano, whose last eruption was back in 2010. Our next 3 nights were to be spent at a lovely little cabin at Gljufur, near Hveragerdi. Our initial goal was to find a place with a private hot tub, but the costs were a little steep for our budget at the major hotels. The cabins were a much more affordable alternative, and each one had a private hot tub, that we used regularly over the 3 days. We also made use of the kitchen, as we discovered at eating out in Iceland can be expensive.

The cabins comfortably sleep 6-8 people, and are a perfect family spot. 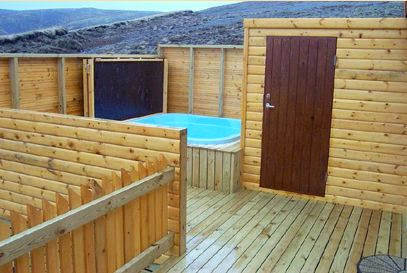 On the 4th day, we took a drive up the east side of Lake Thingvallatn. The views are stunning, but they were made even more so by the snowfall we experienced. We left our car in the lower car park and made our way up through the rift, which took us by the stunning Oxarafoss waterfall. Our trip took us to the Interpretive Centre, where we were afforded amazing views over the Almannagja rift. We started to feel the chill, and headed back to have some of the soup that we had brought in Thermos (a must have item when exploring in the cold). 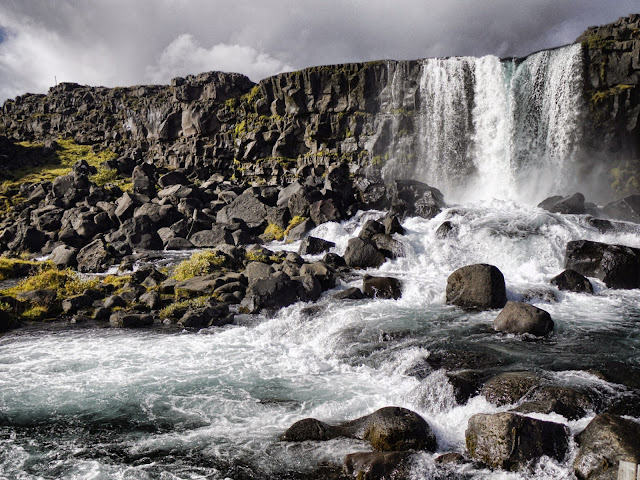 Our last stop of the afternoon was a few hours visiting the Laugarvatn Fontana Spa which is built over a natural steam vent. The spa has a number of pools heated to different temperatures, as well as a geothermal heated lake. My wife took a dip and discovered that the water had warm spots among the cold water. It ended up being what we thought was a perfect day. 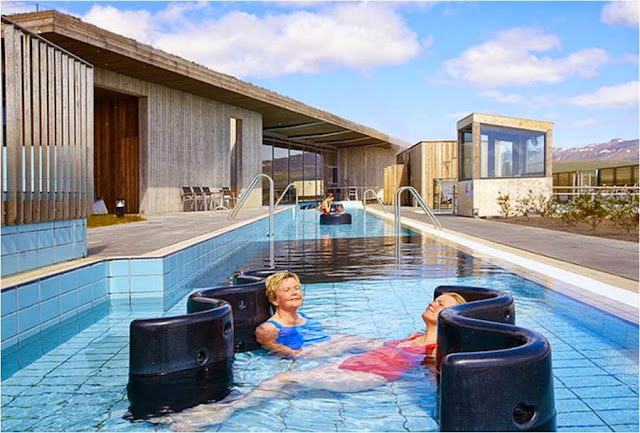 On day 5, we headed off to the golden circle, with a stop at the Kerid crater along the way. One thing that came as a surprise here was the 2 Euro entry fee. It wasn’t a large amount, and was on that we were happy to pay, but every other attraction to that point had been free to enter. We had seen photos of the Gullfoss waterfall, and it was as amazing as the images showed. Our next stop, Geysir, was also incredible. It was such a pleasant experience at the geothermal pools yesterday that we decided to do another on this day.

We made a stop at the Secret Lagoon- Gamla Laughin, which is more of a natural setting. In fact, we were the only people there. Making the spot even more special is a little poolside geyser that erupts every 5-10 minutes. The spot was amazing, and we were left wondering why the Blue Lagoon is the spot that everyone goes to rather than these amazing little places. 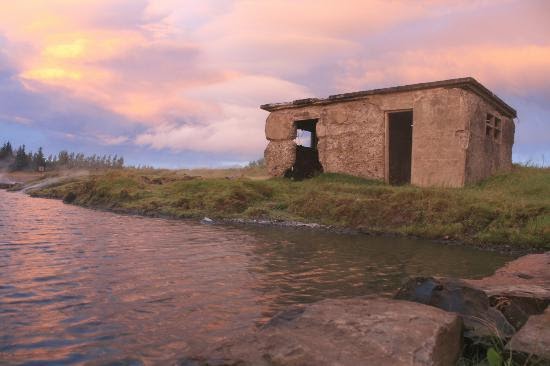 The 6th day was a sad one, as we had to pack up and leave the cabin we had grown to love. We stopped at Reykjavik on the way and spent a few hours really exploring the streets of this wonderful city, as well as grabbing a very delicious hot dog.

We decided to stop by the Blue Lagoon to see what all the fuss was about, but it was packed, and the parking lot full. It made us all the more pleased that we had found our little hidden spa. Beyond the Blue Lagoon, we went into the Reykjanes peninsula, where we stopped off for 10 minutes at the Gunnuhver Geothermal area, which was amazing and well worth the stop. We had one final surprise on the way to the airport, which was the spot were two continents crossed. The bridge where we stood was at the post where the European and American tectonic plates have separated. Once that was done, we returned the car and took our flight home. 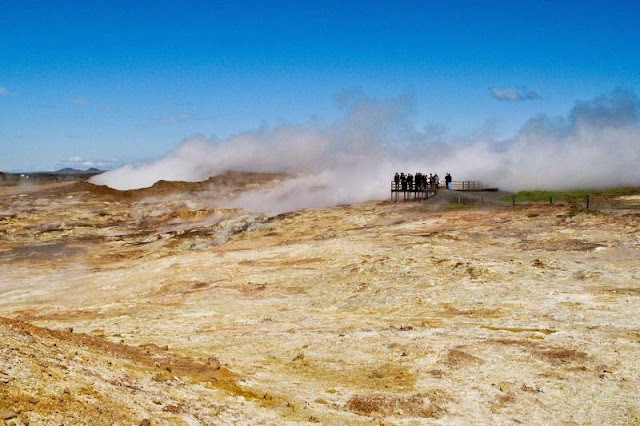 The 6 days we spent in Iceland was wonderful, and we really do recommend self-driving. It is easy to get around the country, and you get to see a whole lot more than you would if you went on a bus tour. If we had one small disappointment on our trip, it was that we didn’t get to see the northern lights. We would sit in the hot tub and gaze up into the night sky, but cloud cover made it impossible to see anything.

One last thing that we should mention is that we never bought currency before we traveled. Our goal was to do so when we arrived, but what we found was that everything from parking meters to food stands took our card, which meant having currency was not really necessary.