Strange dishes to taste during your trip in Iceland

Harðfiskur is a dried fish, that you can see being dried on large trestles during your trip in Iceland. You can easily buy Harðfiskur at the supermarket, and sometimes it’s sold door to door downtown. It can be eaten on its own, or with salted butter and is usually prepared with cod. You can taste dried fish at Café Loki, opposite Hallgrímskirkja in downtown Reykjavík, or at Kolaportið flea market. 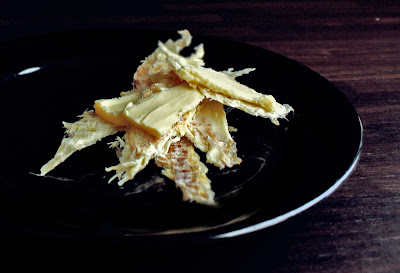 Svíð is a boiled sheep's head cut in half and is a speciality found on farmhouse tables in Iceland. Don’t worry, the wool and brain are removed and all that’s left are the delicious edible pieces. Svíð is on the menu all year round at the BSÍ bus terminal cafeteria in Reykjavík.

You can also have a Svíð takeaway at the BSÍ drive-through, served hot or cold, depending on your tastebuds! The BSÍ cafeteria’s chef confirms that more than 10,000 sheep heads are consumed every year from BSÍ and that Icelanders consider the eyeballs to be the tastiest part! 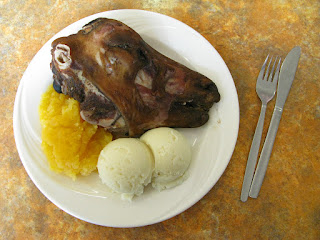 Slátur is a type of black pudding, and the main ingredient is sheep blood. A majority of  Icelanders eat it! Slátur is on every primary school lunch menu in the country. Many Icelanders make their own slátur, mainly using sheep blood, sheep fat, onions, thyme and cayenne pepper. You can find it in all Icelandic supermarkets. Slátur can be eaten on its own or the traditional Icelandic way, with rice pudding.

The above three dishes can be found on Icelandic dinner tables during the year, but are especially popular during the Þorrablót Festival, which takes place annually in January or February. 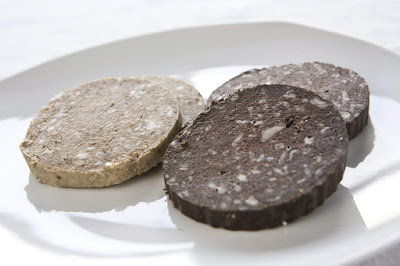 Hákarl is an Icelandic speciality of hung shark meat and is most commonly served during Þorrablót. Bjarnarhöfn farm, between Stykkisholmur and Grunðarfjörður, belongs to a family that have been hanging sharks for several generations. 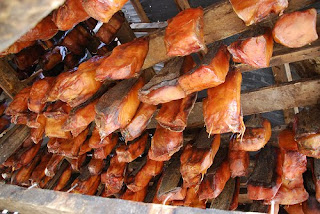 The farm is home to a shark museum and offers you the opportunity to try this shark meat speciality during your visit, with a shot of Brennivin(a clear, unsweetened schnapps with a similar taste to vodka). If you like the experience, you can buy both Hárkarl with Brennivin from Bjarnarhöfn farm. They are also on the menu at Íslenski Barinn in Reykjavík.