It is understandable that bathing in the North Atlantic Ocean, off the shores of Iceland, is not a very popular tourist activity, yet one can enjoy many health benefits from taking a dip in the Icelandic sea, which are even mentioned in the Sagas. It is believed that Grettir Ásmundarson travelled seven kilometres by swimming in northern Iceland. The water is permanently on the chilly side, temperatures rarely go above 12 degrees! 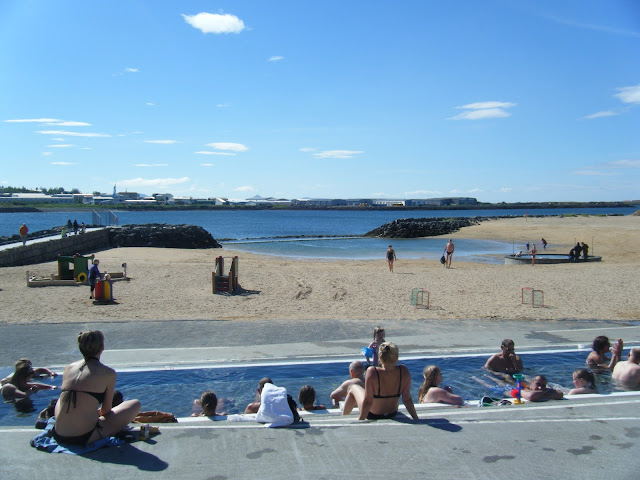 But there is nothing like taking a cold swim in the sea, followed immediately by a relaxing soak in a hot tub ... which you can do at the geothermal beach, Nauthólsvík. After swimming in the sea, where temperatures vary from -2 degrees in winter, to about 12 degrees in summer (a little higher than average, due to geothermal water flowing into the bay), you can bask in a hot bath with temperatures around 40 degrees. Icelanders truly believe that cold sea water swimming is good for your wellbeing, and they are right: cold water helps the blood circulate and makes you feel energised. Alternating between hot and cold water is especially good for the circulation system. All year round, groups gather at Nauthólsvík to enjoy both the cold sea and a hot water bath afterwards. Every year on the first of January, locals meet to take part in a traditional new year swim, which is a perfect hangover cure. 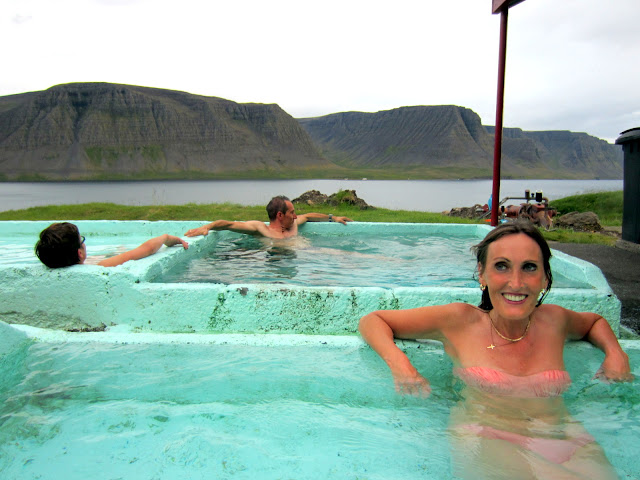 You can swim in the sea anywhere in Iceland during the summer, provided the weather conditions are right and you are familiar emergency numbers. This summer I met a fifty-year-old woman who was swimming in the cold sea off the pretty little island of Hrísey and was trying to convince her friends to join her in this icy water. She carried a thermometer with her which indicated that the water was at 11 degrees, and assured me that at the beginning of the season the same water was only 1 degree! She seemed quite at ease, but her companions could not stick it and only managed to stay in the water for a minute or two. She quietly continued to swim for nearly ten minutes, whilst receiving a few stunned looks! This lady, who lives on the island, does not bathe in the sea in winter, because the currents are too dangerous, but there is no doubt that the cold sea bathing does a great deal of good to her health. 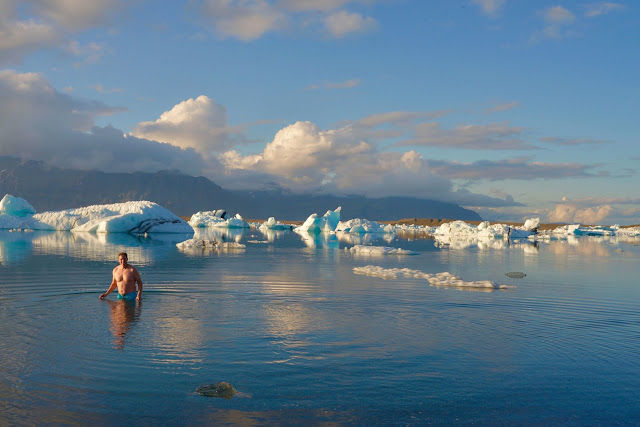 The film "Djúpið" by Baltasar Kórmakur tells the true story of an Icelandic sailor, Guðlaugur Friðþórsson (born in 1961), who survived swimming for six hours in water that was only 5 degrees, near the coast off the Westmann islands, after his fishing vessel was wrecked. 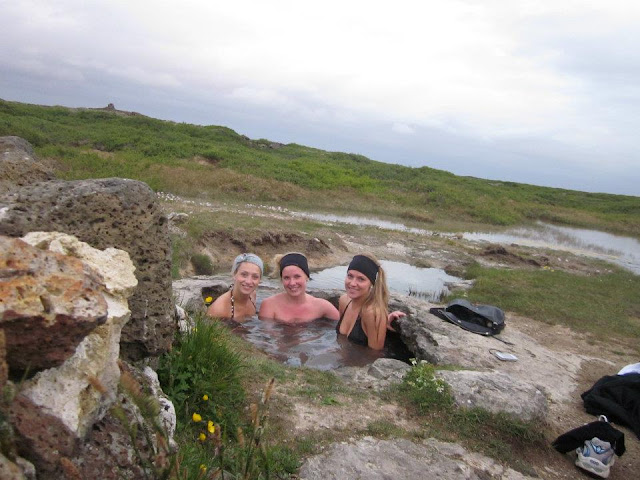