Iceland's Weather in September: What to Expect

Well, it’s official: summer is (basically) over. September is here, and autumn is rapidly approaching. I hesitate to say that we are wholly out of summer. However, given that fall officially begins in two weeks, the warm season is more or less kaput. Tourists are leaving, the colors of the foliage are starting to change rapidly. It’s going to get chilly sooner rather than later. Temperatures haven’t fully dropped, which makes this month one of the best times to go to Iceland. Let’s take a quick sneak peek at what Iceland weather in what September holds for us with regards to climate and average temperatures, rainfall, daylight hours, and even what you should pack and wear during your trip. 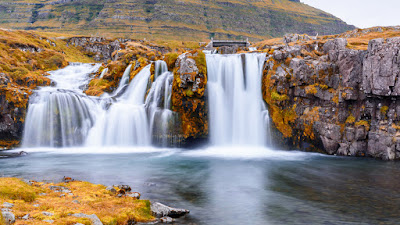 Sweater Weather Has Arrived In Iceland


If I have said it once, I have said it a million times, I love autumn weather and the fall. Many of my fellow Icelanders will probably let out an audible groan when they read that statement, but it’s true. The brilliant change of hues in our scenery, coupled with the fact I am not sweating profusely means the cooler fall weather is perfect for me. And let's not forget about warming up with traditional Icelandic desserts and a hot drink. However, I am no fool; I know what winter brings. While Iceland’s famed Northern Lights will be on full display, I am not exactly looking forward to the short days and freezing nights. But, fall in Iceland isn’t all that bad. In fact, when you check the weather forecast September is quite lovely. And it’s warmer than Iceland’s weather in October.

Throughout September in Iceland, the average low temperature hovers around 5 or 6 °C (40 - 42 °F), and the average high is 11 °C (52 °F). However, Iceland is famous for weather that can dramatically shift at a moments notice. This means that while it sure is nice to have these averages, they really don’t mean anything. Maybe that’s too cynical. What I mean to say is that they give you a decent range, but it isn’t uncommon for the reading on the thermostat to exist outside of that given set. So, long story short, expect September to be much cooler than June or July. 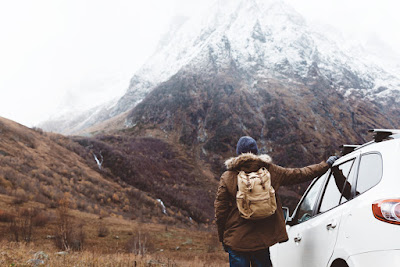 
Approximating average rainfall in Iceland may seem like an exercise in futility to outsiders. Given the unpredictability of ocean-driven storms, it can be difficult to judge how wet or dry a region will be. However, you should always expect rain here in Iceland. A good rule of thumb is to always count on the showers to be heavier near the ocean because they tend to lose strength as they make landfall. Iceland often experiences the majority of its rainfall during the autumn and spring months, but in my experience, I would say the fall is definitely the wettest season. Whether looking at the weather in Reykjavik or further afield, rain should always be one of your considerations.

Amount of Light in Iceland During September


The days of the Midnight Sun are officially in our rearview. Some of you may be sobbing at this fact, while people like me are relieved. I enjoy the Midnight Sun, but after a while, 16 hour days can be a little much. Expect the available daylight to dwindle down from 16 hours to around 13 hours. This three-hour difference is much more akin to what the world average regarding sunlight, so if you are visiting Iceland don’t fret too much about bringing a sleeping mask with you. Less daylight means you can also start to catch glimpses of the Aurora Borealis from the middle of September onward. 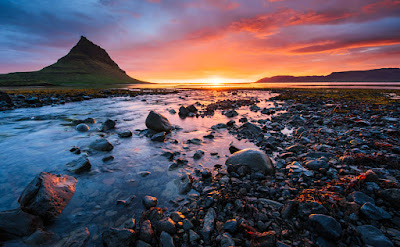 
Iceland during September is cool, wet, and windy. This isn’t to say that every day will be dreary and miserable, but you should be prepared. If you are visiting, I would highly recommend that you pack a sturdy rain jacket, water-resistant pants, a sweater, thermal layers, wool socks, and some water resistant walking shoes. A good rain jacket is paramount when visiting Iceland in September, so make sure you invest in one you can trust. Besides that, enjoy the incredible fall colors that burst from flora in our countryside, bring plenty of rain resistant gear, and keep up to date with the latest weather announcements from the IMO (Icelandic Meteorological Office). Follow these tips, and you are sure to have a great September in Iceland. Bless Bless.