Iceland is famous for many things. Mammoth glaciers, cascading waterfalls, and otherworldly landscapes to name a few. But perhaps its most famous natural attraction is the spectacle of the Northern Lights. Iceland’s Aurora Borealis begins making its first appearances in the fall. After the phenomenon’s brief hiatus from early spring through the summer months, it returns in full force during September and October. Iceland in the fall is great for many reasons, and the Northern Lights are one of them. So what causes the Aurora Borealis? Where can you best see the Northern Lights in Iceland? And should you take a tour? These are all very important questions. Let's delve into the topic and see if we can't find some answers. 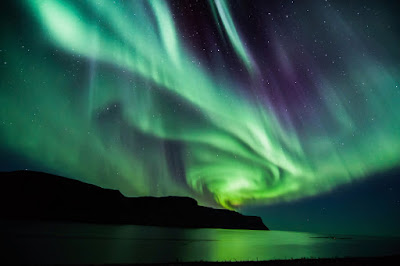 What Causes the Aurora Borealis?


First, let's get into an easy explanation of exactly what the Northern Lights are and what causes them. It's time to don your science cap for a quick minute in order to understand what causes this entrancing display. In a nutshell, when the sun has a solar flare (or a similar discharge of energy), it emits charged particles. These eventually make their way to our planet and collide with atoms in the Earth’s atmosphere. This causes the electrons in the atoms to go a little haywire for a bit. When they calm back down, they release a beautiful burst of light in the form of photons.

All of this action takes place almost instantaneously, and the result is what you see in the undulating curtains across the sky: shades of emerald greens, rich purples, and vivid pinks. The color of the aurora is determined by what type of atom (nitrogen, oxygen, etc.) that the sun’s charged particles interact with. Pretty cool stuff, right? 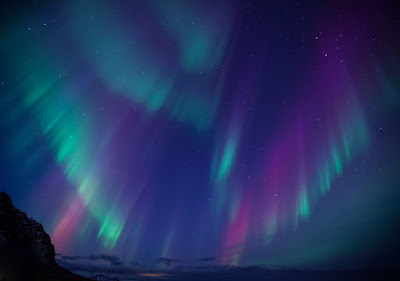 
Now that you are an aurora expert, let's talk about some advice for the best way to see the Northern Lights. Step one: Go to Iceland. If you've already taken this crucial first step, then congratulations! You're already halfway there. If you're lucky, you'll be greeted at the airport by a dazzling nighttime display. If not, you'll need to put forth a little bit more effort in your hunt for the Northern Lights. Don't worry though. We’re here to guide you along the way.

The first big decision you need to make is whether or not you will go on a guided tour or seek them out on your own. Both have advantages and disadvantages. If you decide to go it alone, the most significant advantage is obviously that it's free. And as my dad likes to say when things are free “Well, the price is right!”. You will want to arm yourself with the aurora forecast provided by the Icelandic Meteorological Office. It tells you not only how much auroral activity is projected for the evening, but also where you can expect the least amount of cloud cover (shown on the map in white). The key to spotting the Northern Lights is viewing them on a night with clear skies from a vantage point with minimal light pollution. You want to get as far out of the city as possible to see the most vibrant displays. 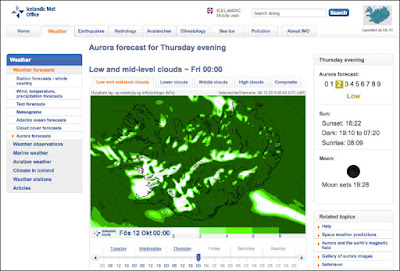 Should You Take a Northern Lights Tour?


The other option is to trust the experts and hire a guide or a small group tour to take you on your Northern Lights expedition. The companies and tour operators, such Landmannalaugar Tours, that provide these services have already scouted out the best locations for observing Mother Nature's spectacular light show. Additionally, they also know to check the Aurora forecast before heading out (sorry, it’s not a secret between just the two of us). They want their customers to be happy and come prepared with the best times and places that will hopefully give you a good chance of at least catching a glimpse of the sometimes elusive wonder.

Whichever option you choose, you should know that nothing is guaranteed. The Northern Lights are affected by solar activity which always follows an 11-year cycle. The next peak will be in 2024-2026. Until then, you’ll still see them, just perhaps not as brilliantly or brightly as you would in 2025. 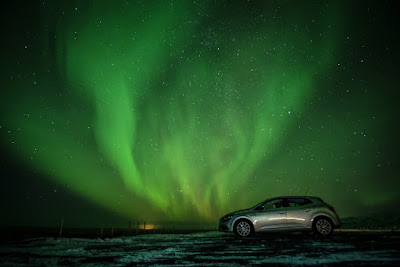 
If you're coming to spend some time in Iceland this fall, seeing the Northern Lights will no doubt be one of the highlights of your trip. Best of luck and let us know how your aurora hunting mission goes.