There are hundreds of posts on this blog filled with information about how great Icelandic landscapes are. But we would like to share a different side of Iceland not many people think of visiting. While Iceland is primarily all about nature (and rightfully so) why not mix it up with some unique and modern Nordic architecture? Today we'll learn about one of the most remarkable buildings in Iceland: Harpa Concert Hall. 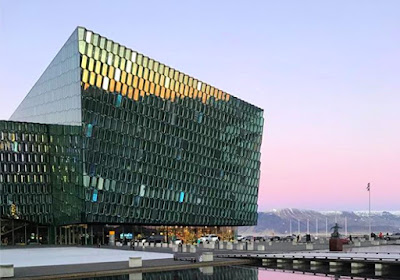 Reykjavik is the northernmost capital city in the world. In addition to this awesome distinction, the city has a lot to offer. This includes some cutting-edge buildings. The truth is, Reykjavik is not exactly a big city. When compared to some other capitals, one could consider Reykjavik just a village. Size does not matter in this case. When you step foot in Reykjavik, you will notice how vibrant the city is. People come and go, and so do fashions and fads. The city and its inhabitants are forward-looking, and they love setting trends. So why would we build a boring, average, normal looking concert hall? Nope. Not us. The Harpa Concert Hall is the best example of how trendy and cool our city can be. But, what is the Harpa? When was it built?


There is so much hype about this building but, what exactly is the Harpa? Well, it's a spectacular building you can visit by heading to the port side of Reykjavik at Austurbakki Street, 2. It's within walking distance from Laugavegur Street as well as from Hallgrimskirkja Church. All of these sights are right in the heart of the city center. The building is home to the Symphonic Orchestra of Iceland and the Icelandic Opera Company.

The building is 28,000 square meters (301,389 sq ft) that are divided into four concert halls. There are three main halls and a more compact one for intimate, up close and personal performances. Also, Harpa Concert Hall has some rehearsal rooms, changing rooms and administrative offices as well. It provides all necessary infrastructure for local artists and international ones.


Nowadays, the building is one of the main tourist attractions of Reykjavik, and most Icelanders feel very proud of it. Its amazing architectural style still wows locals and visitors, but years ago this wasn't the case. When the project came out, there was a lot of controversy.

The impetus behind this project was the need to revitalize the harbor and port area of Reykjavik. The city also lacked an adequate place for artistic performances. The plans were approved, but it took way too long to be finished. Building work commenced in 2007 but did not end until 2011, when the hall opened its doors to the public. 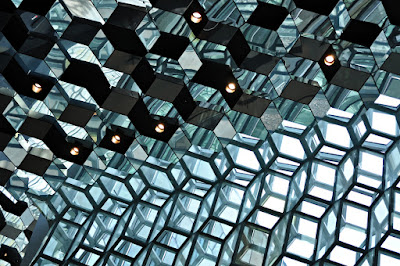 The budget of the project was too high, and its construction took too long. This caused criticism and disapproval from the Icelandic people. The plan coincided with the huge financial and economic crisis that Iceland was going through at the same time, and many were unhappy. Doubts also arose over the fact that the project was way too large for such a small city. As we explained before, the building is immense and provides four different concert rooms for a city whose population is less than 120,000 people.

Harpa Concert Hall finally opened its doors in the spring of 2011. Many still consider it to be oversized but also praised its architectural style as well as the great acoustics of its rooms. Nowadays, the building has become an icon not only for Reykjavik’s downtown but also for Iceland.


The construction is the result of cooperation between Danish and Icelandic architectural studios. Henning Larsen Architects and the Icelandic Batteríið Architects worked together under the direction of the artist Olafur Eliasson to bring the project to fruition. Olafur found his inspiration in the tradition and landscapes of the Nordic island. And that is precisely what you can see when looking at the Harpa concert hall.

You could say that the most significant element in the construction is its unusual façade. It's made of glass, and its transparency reflects light in a beautiful and sophisticated way. The front of the building does not change, but you will never see it in the very same way twice. Its shimmering cover reminds us of a fish's scales, and Iceland is all about fishing and the sea! Besides that, the way the building rises from the ground imitates the typical Icelandic basaltic columns you'll see all over Iceland. They are especially prevalent on the South Coast in places like Vik with its black sand beaches.

Try to visit the venue on a sunny day. You'll love how the light creates shadows and patterns full of color and light bouncing everywhere. Pay particular attention to the main entrance to the building. It reminds many of the ocean mixed with mountains in the background and a clear, blue sky. 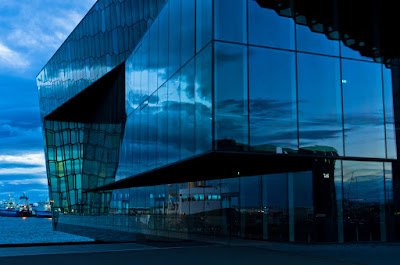 
Despite all the criticism and costs, the building has now earned a positive reputation within the architectural community. Harpa Concert Hall won the prestigious Mies van der Rohe award in 2013. This is the most important award in the European architecture industry. It has also received positive reviews from many international juries and specialists in the field.


As you can see, there are plenty of reasons to have a stroll and visit the Harpa Concert Hall. It is a unique building that has given a boost to the port area of Reykjavik. Iceland's tradition and natural heritage are permanently engraved in this building in a beautiful and modern way: You definitely shouldn't miss it!

Harpa is open every day from 8:00 to 24:00 but bear in mind that the box office is only open from 12:00-18:00. The main offices are only open during regular business hours on weekdays from 9:00-17:00. Many events take place at the Hall. If you feel like doing a bit more than sightseeing, you can check the hall's schedule and events online by visiting their website.