Iceland, the land of fire and ice, is home to some of the best Atlantic salmon and game fishing in the world. In 2008 it had its best salmon fishing season for many years. 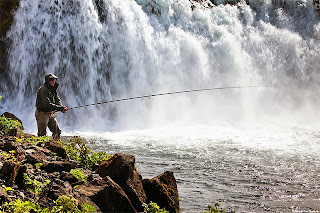 With crystal-clear, well-managed rivers and breathtaking scenery, it is no surprise that for generations, anglers have come to (and subsequently fallen in love with) Iceland. Fishing for salmon, sea trout, trout and Arctic char under the midnight sun is an experience no angler will ever forget. 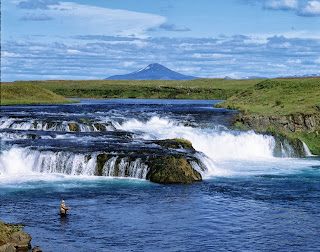 The island landscape varies from barren lava fields and glacial plateaus to verdant farmland and provides a wealth of non-fishing activites for the family to enjoy whilst you fish. 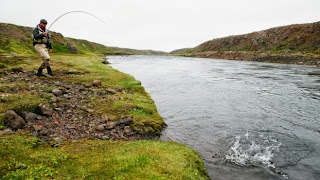 Iceland is only a three hour flight from the UK and five hours from the East Coast of America with several airlines providing plenty of options.

People have been fishing for salmon in Iceland since the Dark Ages. In those days most of the fishing was done by dragnets, but no one can say for sure whether rod and line was used also.

In the late 1800s the landed gentry of the UK started to arrive and fish for salmon, primarily in the south and west areas of the island. A few even purchased the riparian rights to the fishing. 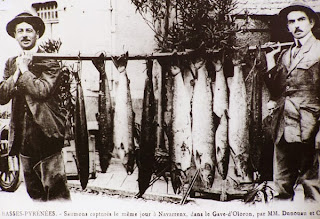 This traffic petered out after the Great War and did not reach the same numbers until the 1960s when Iceland again became a mecca for anglers, this time from America and now more recently from Europe.

One of the beauties of fishing in Iceland is the clarity of the water. Many rivers run gin-clear and on many of the smaller streams it is possible to perch on the bank and watch salmon in their environment. 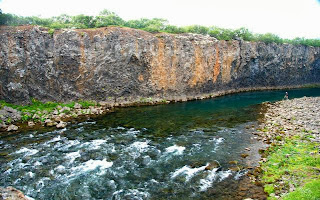 This not only allows the angler to get a better understanding of where salmon lie and why, but also gives anglers fishing in a group an opportunity to try "sight" fishing for salmon where a partner on the bank can direct the angler as to where and when to cast his fly. A popular method of doing this is to skate riffle hitched flies and micro-tubes across the surface and watch the salmon follow and take this fly in an explosion of water.

Fishing in Iceland is either sold as 'whole day' permits or the permits are sold using the term 'afternoon to noon' (sometimes called 'noon to noon', but meaning the same).

Information about the fishing

Fishpal is able to provide salmon beats and trout fishing enabling an increasing number of people to enjoy this wonderful sport. 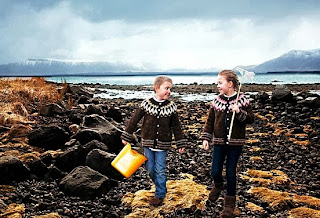 You can read about each river, see its current fishing availability and book fishing permits online or by telephone.