Popular waterfalls in the north of Iceland

Goðafoss (the waterfall of the Gods), 12 meters high and 30 meters wide, is located on the number 1 route between Akureyri and Myvatn, on the Skjálfandafljót glacier river. This magnificent waterfall is connected to an important event in Icelandic history; that is, in the year 1000, when the Icelandic parliament rejected Paganism in favour of Christianity as the official religion, Þorgeir Þorkellsson (the law speaker of the Icelandic parliament) threw statues of Pagan gods into the Goðafoss waterfall to symbolise the conversion. 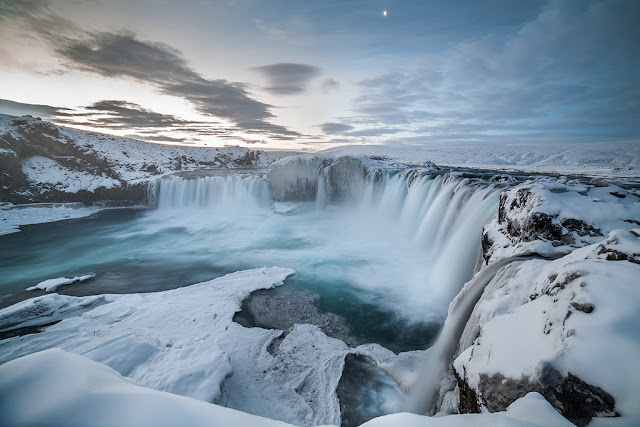 Aldeyjarfoss is based in the Barðardal valley at the start of the Sprengisandur road. At this spectacular waterfall you’ll see a contrast between the white gushing water from the Skjálfandafjót glacier river and the dark basalt stone columns surrounding its 20-meter drop. This is definitely a sight to have your camera ready for! 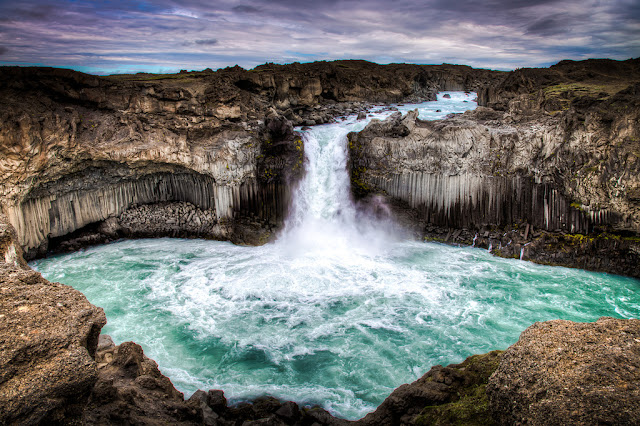 Ullarfoss is situated in a river that runs across the Bárðardal valley,  joining the Sudura valley and then continues to flow into the Skjálfandafljót glacier river.

Hrafnabjargafoss like the three previous waterfalls emerges from several canyons on the Skjálfandafljót glacier river. Hrafnabjargafoss possesses an incomparable beauty, especially in winter time, and yet, not many travelers know it exists. Once stumbled upon, it captivates both amateur and professional photographers alike. If you decide to explore the surrounding area a little, you will discover many other waterfalls, such as Ingvararfoss, Fiskárfoss or Glæfra. 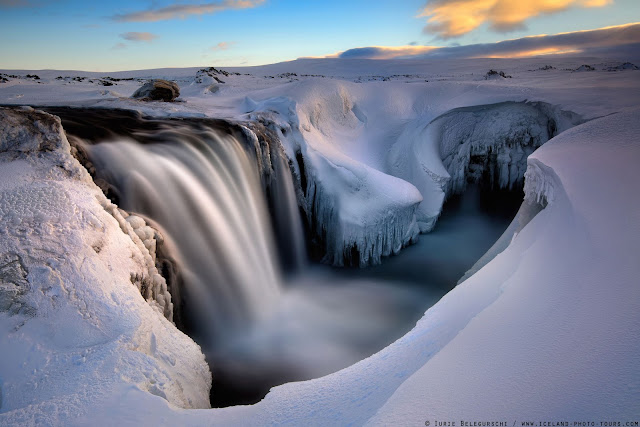 Selfoss is not so high (11 meters), but is intensely strong and wide. This adorable waterfall is situated upstream from the glorious Dettifoss waterfall and marks the beginning of the Jökulsá gorge (Jökulsárgljúfur in Icelandic).

Dettifoss is situated 308 meters above sea level in one of the canyons of the river Jökulsá at Fjöllum, a river resulting from the melting of the Vatnajökull glacier. Dettifoss is perhaps the most popular waterfall in Iceland, and the most powerful waterfall in Europe because it is 100 meters wide,  45 meters high, and flows at an impressive speed. Dettifoss is found in the Vatnajökull national park and has become a movie attraction when it appeared in the opening scene of the film “Prometheus” by Ridley Scott. 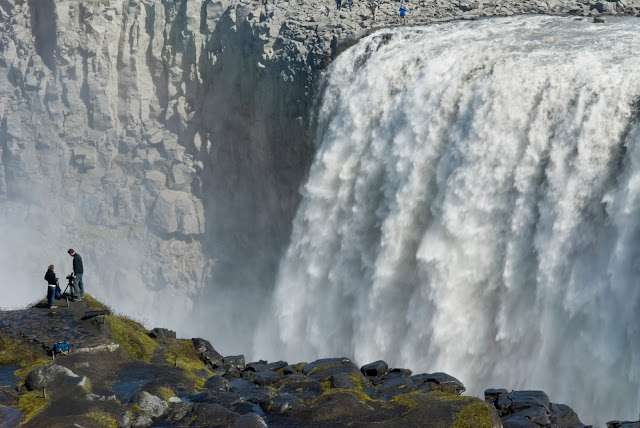 Hafragilsfoss is located 2 kilometres downstream from the mighty Dettifoss waterfall, meeting the glacier river Jökulsá at Fjöllum at a 27-meter drop. Hafragilsfoss pours down volumes of water at a forceful speed and this you can see from both sides of the river. The series of impressive waterfalls comprising of Selfoss, Dettifoss and Hafragilsfoss is a must see for any one wishing to have a full-on waterfall experience.

The summer of 2015 has seen a rise in tourism in Iceland,  and a rise in incidences involving visitors unaware of the dangers of getting too close to the edge of steep waterfalls. Yes! Icelandic nature is powerful and energetic, but also let’s not forget to respect that it’s sometimes fragile too. There is still very little infrastructure around the waterfall sites listed above. Pathways and fences are few, so please be careful! and remember! that “no fence” is not an invitation to get as near as you wish. Take in the lovely view of course… but not too closely!