In Iceland, you can drink the tap water, and you’ll rarely see an Icelander drink bottled water -the sales of bottled water in supermarkets is low. The Icelandic water is tasty and healthy to drink. Cold water doesn’t cost anything to households, and hot water is cheap. You can sometimes smell sulfur from the hot water depending on what part of Iceland you are in. 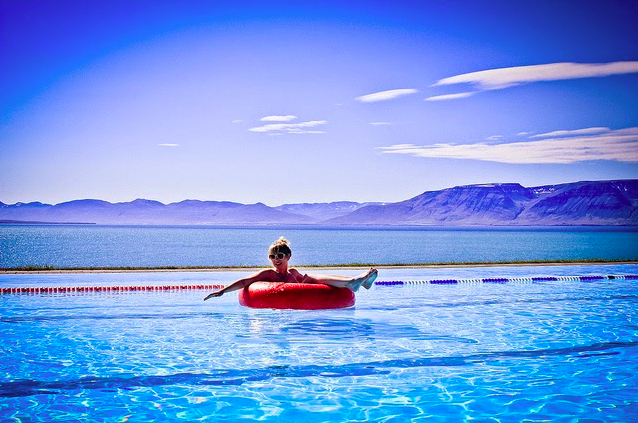 Are outside. Surprising! for a cold country in winter, the outside pools are so pleasant and I assure you, there is nothing better than soaking in water at 40 degrees when it is snowing outside. Because yes! The pool water is comfortably warm! About 30 degrees in the pools for swimmers, and 37 degrees to 43 degrees in the hotpots. Many Icelanders go to the pool after work for relaxation, and few of them go swimming, so no worries if you are not a fan of swimming!

There are no trains

Iceland has no trains.  The volcanism of the island is the main reason they won’t install a railway network, but also the cost would be too expensive for such a small populated country of 330,000 inhabitants. However, there is a project underway that aims to connect the Iceland’s capital Reykjavík to Keflavík International Airport.

Icelandic children do not believe in Santa Claus...

... but there are Santas. There are 13 characters called "Christmas elves". In recent years, they took the role of Father Christmas to give gifts to children. Every child in Iceland puts a shoe in the window and for 13 nights before Christmas, an elf places a small gift inside the shoe. Originally, however, these elves were rogues and thieves. 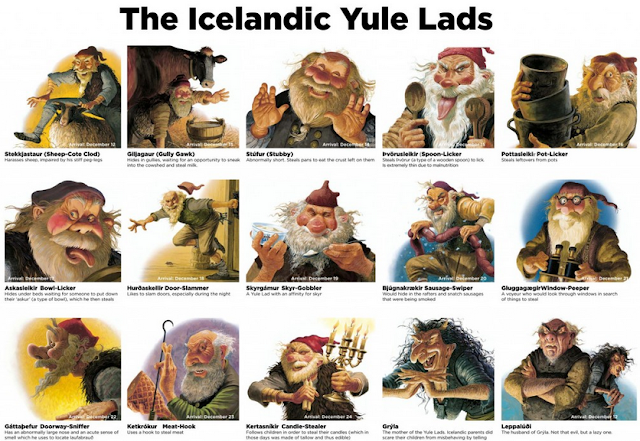 You cannot buy alcohol in supermarkets..

... But only in state-controlled stores. Friday and Saturday, the vínbúðin is packed with people buying beer and wine, Sunday it’s closed. So be well prepared, because the opening hours are strict and once the vínbúðin is closed  you’ll only find alcohol in pubs and bars at a much higher price. There was a beer ban in Iceland until 1989.

Icelanders are the largest consumers of ...

... Cola in the world, per capita. So yes, it seems that Icelanders are among the longest living on this planet, but yet they keep this Cola drinking title? In addition to the Icelandic healthy diet of the last century (fish, mutton, potatoes) Icelander eat hamburgers and sodas galore, and more than half of the Icelandic population is considered overweight.

Or rather I should say, they take a nap outside in their prams. So don’t panic if you see rows of prams outside cafés and shops, with Mammy or Daddy supervising inside with a glance through the window. 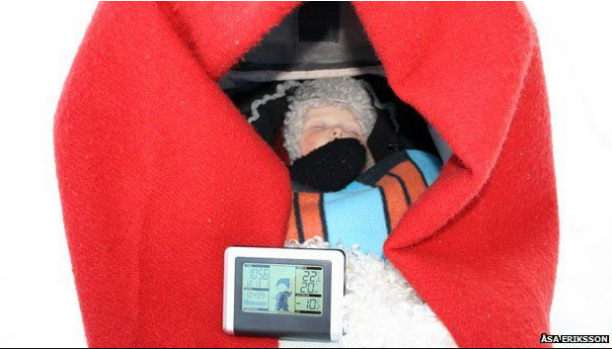 Iceland has no army.

The United States, the Danish and Norwegian armies and NATO, made an agreement, to protect Iceland, although it is not without resources. Iceland has a response unit to crises, coastguard vessels which are responsible among others to defend the maritime area of ​​the island.

Everyone is called by their first name