After an hour's drive along Route 1 and then 76 from Akureyri you will find the charming village of Siglufjörður, nestled between sea and mountain in the Tröllaskagi peninsula in northern Iceland. 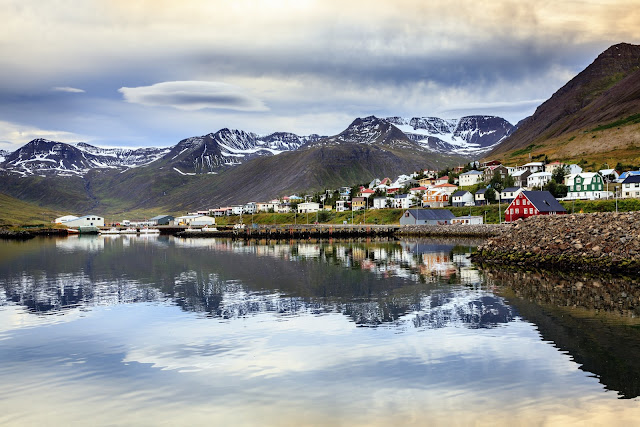 The population of the village reached 3000 inhabitants around the 1940s and 1950s and prospered thanks to the fishing industry, especially the herring. Today, the population is 1,200 and fishing is still, along with the growing tourism, a main industry. Access to Siglufjörður, until 1967, was through a small mountain road, accessible only during the summer months. However, in 2010 another road was built that allowed access to Siglufjörður all year round. Infrastructure improvements over the years, including the construction of some impressive tunnels, have allowed Siglufjörður to become less isolated from other towns in the region. 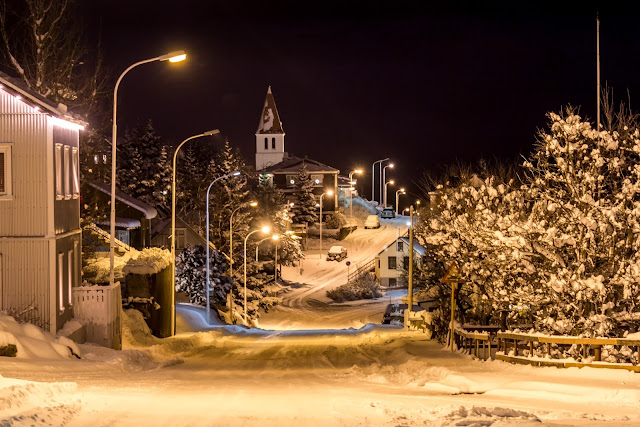 In winter, Siglufjörður is a paradise for those who love nature, snow, skiing, snowboarding and snowmobile excursions. In summer, lovers of hiking will be delighted to walk around this small town, where cultural activities are also numerous. Every summer, the city hosts a folk festival where local and international artists come together to share their passion for music. 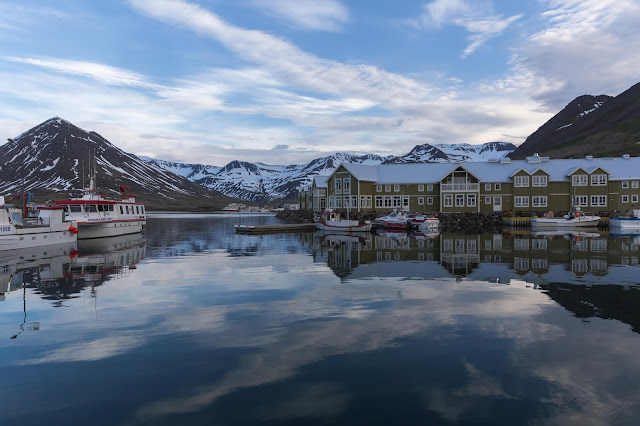 The herring museum Síldarminjasafnið, is the largest maritime museum in Iceland, with three separate buildings at its disposal. Inside the museum, you will discover a fish factory accompanied by machines and very well preserved equipment .The museum offers a wealth of information on fishing as well as the industry and history of the region - all you need to know about Siglufjörður is in the herring museum.

The Folk Music Center is located in Madame House where the Rev. Bjarni Þorsteinsson lived from 1888 to 1898. The Reverend Bjarni Þorsteinsson (1861-1938) was primarily a folk music collector. He was also a talented musician and composed many songs that are still sung in Iceland. He began collecting folk songs from 1880 and then published a song book (Íslensk Þjóðlög) with the support of the Carlsberg Foundation in Denmark. The book has hundreds of folk songs, coming from various parts of the country. In July 2006, for the 100th anniversary of the Bjarni book, the Folk Music Center was officially inaugurated. Bjarni worked in Siglufjörður all his life. In addition to being the priest of the city, he was an active politician and is still considered by many people as the "father of Siglufjörður". In the center, visitors can see video recordings of people of all ages chanting , singing and playing folk instruments like langspil. This small museum is very charming. 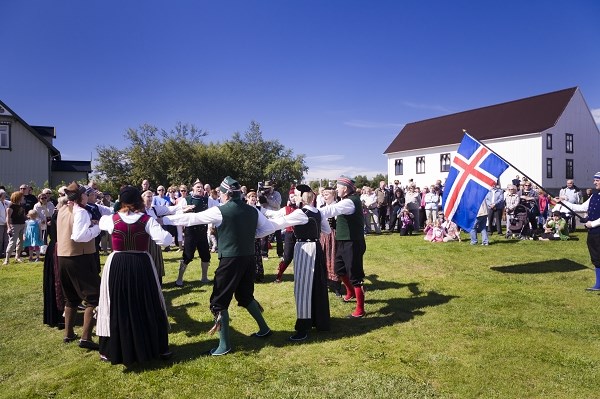 In town you will find some guesthouses, a few shops, two cafes and restaurants near the harbor. It is possible to visit the family brewery of Segull 67, the entrance fee is 2,000 Kronur (15 euros).