Iceland's beauty is vast and well-known. The land offers views that no one can find anywhere else on planet earth. Some spots even look like places we've only seen in outer space. The immensity of Iceland’s splendor is best on display at Vatnajökull National Park, a goliath of ice that has remained undisturbed for centuries. Welcome to the icy side of the Land of Fire and Ice. 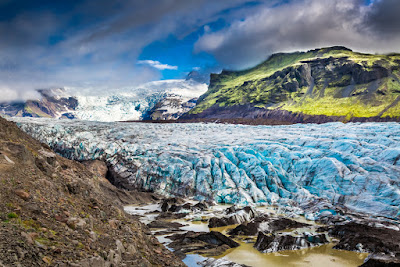 
The park lies on the eastern side of the island. It is so vast that it covers around 14% of Iceland’s territory. Vatnajökull is currently the second largest national park in Europe. Here, you can enjoy different types of landscapes and experience the force of rivers, geothermal activity and even volcanoes. The national park was established in 2008 as a method of protection of flora and fauna of this area. The park was divided into four different regions, each with their own management.

The park is named after Vatnajökull, an impressive glacier that takes up most of the park area. The glacier began its formation in the Ice age, around 3,000 years ago. It used to be even bigger, but it has since retreated to its current size.

As mentioned before, Iceland’s nickname is the Land of Fire and Ice, and by visiting Vatnajökull National Park, we understand why. Right below this behemoth of ice, there are a few active volcanoes: Esjufjöll, Grímsvötn, Kverkfjöll, Þórðarhyrna and Bárðarbunga. This last one erupted back in 2014. So the contrast of the white, spotless snow with the dark lava below is just stunning. 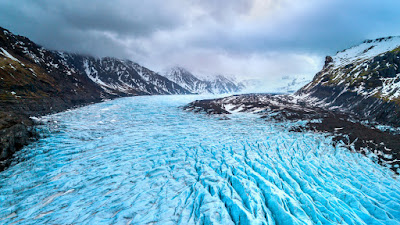 What to Visit at Iceland's Vatnajökull National Park


Being one of the largest national parks in Europe has a lot of advantages. One of them is the variety of the activities offered as well as the scenery. It is also home of the famous Jökulsárlón Glacier Lagoon.

On the north side of the park, you can visit the famous Askja Caldera. The access to this area is quite complicated. So if you do not have enough experience with fording rivers and tough terrains, it's better to join a group excursion. Many companies offer daily tours with expert guides to the area. Close to Askja, you can also visit Viti crater. This crater has now become a bathing resort. Doesn't swimming inside a volcanic crater in geothermally heated water sound cool?

When heading eastwards, you can detour to Kringilsárrani. Here you will see the reindeers grazing freely. If you prefer a more adventurous activity, then why not visit an ice cave? You can do so at Eyjabakkajökull glacier. The caves are impressive and striking. You will be in awe while descending to the depths of the glacier through these ice tunnels.

If you are looking for hiking areas, then head south. Stafafellsfjöll mountain ridge offers great trails through the canyon. Öræfajökull volcano lies in this same area. It's the largest active volcano in Iceland. 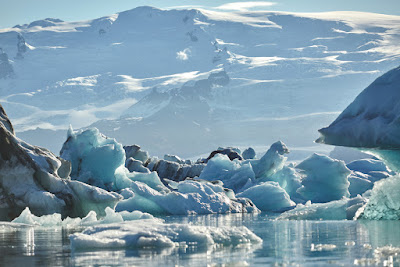 West Vatnajökull National Park has beautiful and otherworldly lava fields as well as famous craters such as Lakagígar. These natural wonders are the result of several eruptions of the Grímsvötn, the most active volcano in the island.

How to Reach Vatnajökull National Park


The park can be easily reached by taking route number 1. You can use a 2WD vehicle unless you take an F-Road. 4x4 vehicles are mandatory in Iceland when driving the inland F-Roads. How long the drive takes highly depends on which part of the park you are visiting. To get a rough idea, it takes 4-5 hours to get to Jökulsárlón from Reykjavik. The glacier lagoon is in the southeast region of the national park.