Is Iceland a part of Scandinavia?

When we think about Iceland, many nicknames and thoughts come to our minds. Most people think about Vikings, fire, ice, volcanos and huge icebergs. But the “Scandinavian country” tag also comes up constantly. The thing is, do we really know what Scandinavian means or even implies? Why is Iceland a Scandinavian country? Most of us have a clear idea of what Scandinavia is supposed to be: Fjords, snow, Vikings, really fair people, heavy metal, Sauna, horses with a Justin Bieber-like bangs, Ikea, Santa’s homeland…etc. But the truth is not all of this stuff is from Scandinavia. Today we will try to clarify what Iceland and Scandinavia are. 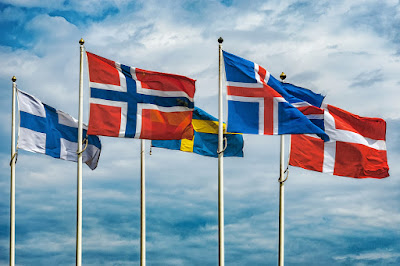 Where exactly are the borders of Scandinavia?


Scandinavia is a term that encompasses an area with common geography, cultural and linguistic background. In the strictest geographical sense, Scandinavia is only three countries (or to be precise, three kingdoms): Norway, Sweden and Denmark.

The term is sometimes confusing as these nations received their nickname from the peninsula where they are located. Well, sort of. The Scandinavian peninsula lies between the northern Baltic Sea and the Norwegian Sea in northeast Europe. This region includes Norway, Russia, Sweden, and Finland but not Denmark. If that was not confusing enough, Russia and Finland are not Scandinavian countries though they are on the Scandinavian peninsula. That doesn't help clear up the confusion at all, does it?

As you can see, we cannot merely rely on the geographical limits as they do not coincide with the countries considered Scandinavian. So we need to add the cultural and linguistic angle to understand what Scandinavia really is. 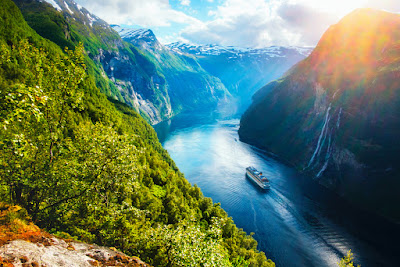 Cultural and linguistic background of Iceland and Scandinavia


It seems that the word Scandinavian originated in the old Roman empire. Romans believed that the land up north Germany was an island and they called it Scania. Nowadays we know that Scania is not an island but Skåne, the southernmost tip of Sweden. The name slowly spread to the whole peninsula, but how come it ended up being a nickname for a few countries?

The Russian population is Slavic, and their language is an eastern Slavic one. In the case of Finland, their common tongue comes from the Uralic family, and they have a Finnic ethnicity that originated in the Baltic Sea. That is why they do not fall into the Scandinavian group. On the contrary, Denmark is not in the Scandinavian peninsula, but their people descend from the Vikings, and the Danish language is a North Germanic one that derived from old Norse. Now it finally makes sense! 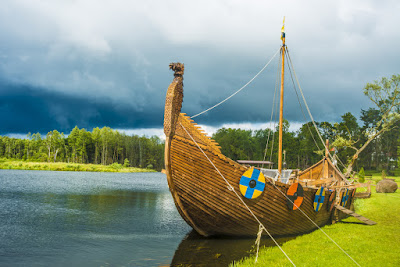 Where does Iceland fit into Scandinavia?


We have mentioned Norway, Sweden and Denmark but what about Iceland? Well as you should already know by now, Iceland is not in the Scandinavian peninsula. It is an island up in the North Atlantic Ocean, close to the North Pole. In the less strict sense of the definition of Scandinavia, Iceland and the Faroe Islands are part of the Scandinavian group.

Why is that? Well, these nations were colonized by Vikings that came all the way from Norway, Sweden and Denmark. The language of both islands as well as their culture derived from the original Scandinavian nations. Both Islands have also been under the rule of the Norwegian and the Danish kingdoms so technically they share the same cultural and linguistic background that grants them access to this cool club.

Now that you know, you can forget about saunas, heavy metal and Santa’s house. Those aren't Scandinavian! But you can still thank the Finnish for giving Santa a place he can call home, of course. On the other hand, horses with fashionista bangs are from Iceland. You were right on that one!