Settling Iceland was no easy task. The wind and rain, lack of fertile farming soil, dangerous journey required to get to Iceland all played a significant role in hindering exploration parties and settlements from laying their claim over our Nordic island. However, if you thought settling Iceland was tricky, now imagine sailing even closer to the Arctic Circle. Imagine settling Greenland. Greenland is known for having a name that is ostensibly an oxymoron. The name suggests a paradise with fertile and lush lands. That, it is not. Let’s take a quick look at the Icelander who settled Greenland and is responsible for giving it its deceiving name. 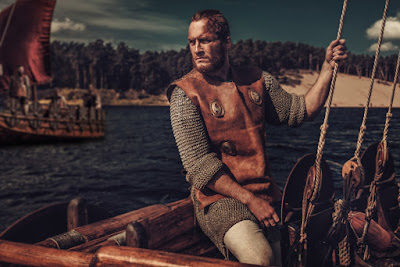 Erik The Red - Immigrant to Iceland


Like many original settlers to our Nordic island, Erik the Red’s family fled from Norway. It wasn’t persecution they were fleeing, but, rather Erik’s father, Thorvald Asvaldsson, had been convicted of manslaughter. The family hightailed it out of Norway, and made their way to much friendlier, Icelandic shores. Little did young Erik realize, he was fated to take a similar route to his father.

Erik eventually married Thjohild and moved to Haukadalr in the southeast of Iceland. In Haukadalr, it is documented that Erik built a farm (as ancient Icelanders are known to do) and was documents as owning slaves. These slaves, also known as thralls, apparently set a sequence of irreversible events in motion when they accidentally caused a landslide which spilled onto his neighbor’s property. It would be this event that would result in Erik the Red being banished from Iceland for three years and sending him to Greenland.

The landslide wasn’t received warmly by the landowner, Valthjof. Valjof’s friend, Eyiolf the Foul (what a name by the way) had heard what happened to his friend, and subsequently murdered Erik’s thralls. The civil dispute reached its climax when Erik slated Eyiolf in retaliation. Erik eventually moved to Öxney to rid himself of the situation, but trouble found him again, and he fought and killed more of his fellow Icelanders. Given Erik’s penchant for trouble, and uh, murder, the Althingi needed to decide what to do with Erik. They eventually choose to banish Erik for three years, and this banishment would result in Erik’s names forever being etched in the pages of history. 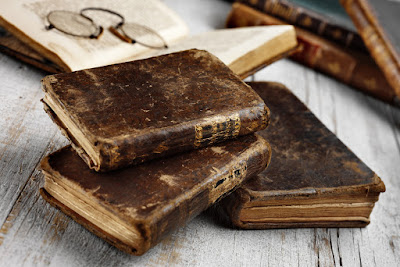 Erik The Red And Greenland


Many people incorrectly credit Erik the Red with discovering Greenland. Strong archeological evidence has concluded that previous Icelanders had made their way to Greenland. However, all had failed to settle it permanently by the time he arrived. Erik spent the entirety of his three-year banishment exploring the valleys, fjords, and glaciers of Iceland.

When Erik returned to Iceland after his exile, he would weave tall tales about a new land called, “Greenland.” The story goes that he named it Greenland not to trick would-be settlers to stay out of Iceland, but to entice adventurous Icelanders to come with him to settle this new promising land. He knew the island he hoped to settle was unforgiving (like Iceland), and it would be a massive undertaking which required as many hands to help as possible.

In 985, Erik and lead a party of 25 ships out from the coastline of northern Iceland towards Greenland. The seas were not hospitable to the adventurous Icelanders, as they lost almost half of their vessels. Erik pushed through and successfully established a permanent settlement on Greenland. 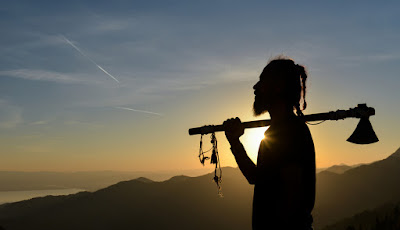 
Erik never had an easy life. To be uprooted from your home and everything you know, and to come across the sea to a harsh and cold country at the age of 10 must have shaped him into a rugged and driven man. The irony is that he ended up being banished from Iceland (his home), as his father before him fled from their ancestral home for similar reasons. However, Erik made the most of a bad situation. He explored and eventually settled one of the harshest and most unforgiving lands in the world. There is a ton of information about Erik the Red on the internet. If you possess even an inkling of interest into his story, I will urge you to do some research on him; Erik was fascinating. Leave a comment below for your favorite Icelander from antiquity.