All About Iceland's Northern Lights

September will officially mark the beginning of Northern Lights season here in Iceland, and we couldn’t be happier. Over the course of the coming months, the skies will come alive in an otherworldly display of color. No matter if you are a first time visitor to our country this fall, or a multi-generation Icelander, catching the Aurora Borealis can be tricky. Despite living in one of the best places to see the Northern Lights and fall being one of the best times of year to spot them, sometimes it can be easy to miss the atmospheric light show. Let's go over exactly what the Northern Lights are, and how to best see them. 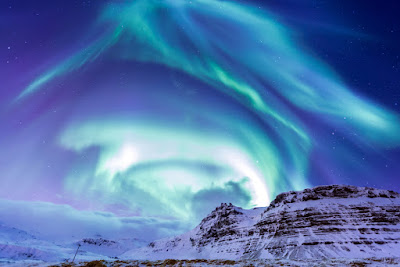 What Are The Northern Lights?


Let’s have a quick science lesson. The sheer amount of violent energy generated by a solar flare is difficult to comprehend, and yet, it is this same solar energy that creates the tranquil waves of pulsating light that make up the Northern Lights. So, how do they work? Five words: solar flares and earth’s magnetic field.

It all begins with the sun. The gigantic gas sphere, known as the sun, generates all of its heat from its core. The core is continually trying to release that heat to the surface. On its way to the sun’s surface, it is funneled into roads or channels by eddies on the sun’s surface (an eddy is similar to a vortex). However, sometimes that energy doesn’t want to get displaced over the surface, and it tries to break free. The sun’s magnetic field fights to hold it in place and eventually there is an eruption. This release of energy creates a solar flare and the energy finally breaks free from the sun’s grasp. That energy then begins its 18-hour journey towards earth. This is called a solar storm. These storms can reach unbelievable speeds, sometimes upwards of 7 million kilometers per hour. Slightly weakened by its interstellar journey, the solar storm descends upon the earth.

Without our magnetic field this storm could be devastating. Due to its existence, we remain unfazed and thankfully unaware of these solar storms. The solar energy grapples with the magnetic field, trying its hardest to reach the planet, and a small portion of that energy becomes pulled into the magnetic field on of the side of the earth that is facing away from the sun. And finally, the energy that tried so desperately to be set free ends up being harmlessly dispersed across our night sky. The end result of this process is the peaceful and relaxing waves of light called the Aurora Borealis, or the Northern Lights. 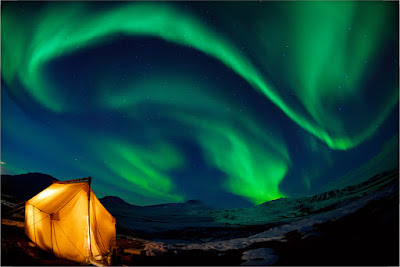 How to See The Northern Lights Iceland


The auroras don’t appear just anywhere on the planet. Only regions located near either the north or south pole will be able to see the Northern Lights. This means places like Iceland, Norway, Sweden, Finland, etc. But, why? Both poles of our planet have the highest level of magnetic energy, so when the energy from the solar storm is dispersed across the magnetic field, the visual results are seen in areas closest to those poles. Subarctic and arctic regions of the world benefit from this, as they are the premiere destinations to witness the astrological light show. But, despite all the favorable geographic conditions, you still need a great deal of luck. You need the sun to experience a significant solar flare 18 hours earlier, and you need to have a clear night with little light pollution. The latter two items are two aspects to ensure that you catch a great night for the aurora.


You may be scratching your head right about now, and saying, “Finding a clear sky? Wh-what does that even mean? How do I do that?”. You can put your iPhones and Androids away because there are no detailed apple apps for figuring out cloud cover. Apps for predicting the weather can be buggy or sometimes have the wrong information. If you really want to see what the clouds are doing, particularly here in Iceland, I recommend you visit the Veðurstofa Íslands website. This site is the brainchild of the IMO (Icelandic Meteorology Office), which is the official governing body that deals with the weather. Since Iceland is known for its unpredictable weather, these guys always have their work cut out for them. However, their Northern Lights predictions are usually spot on, and you can trust their recommendation. The information on this site is crucial to have before you go hunting.

On the website, you will see an outline of Iceland with patterns of either dark, light, or faded green. The green indicates how dense the cloud cover is, and exactly where the clouds are passing over. Rarely will you see the entire map white, meaning no clouds are in those areas, but you want to hunt for the regions of Iceland that don’t have much cloud cover. This is essential because the aurora takes place high up, in the upper atmosphere, and if there are clouds, it will inevitably obstruct your view of the magnetic fireworks display above you. The site also has an aurora forecast on the top right-hand side which I have found to be both handy and accurate.

Icelandic Northern Lights Checklist - Get Out Of The City


Light pollution plays a key role in being able to watch the Aurora Borealis. The darker out it is, the better. However, if you are in or around Reykjavik, your chances of seeing the Northern Lights drops dramatically. Even though we are in a hot spot of geomagnetic activity, if the sky is already filled with city lights you aren’t helping your odds of catching them. I always recommend driving outside the city and into the countryside. Use the IMO’s map (Veðurstofa Íslands) in conjunction with a sightseeing map to plan out a tremendously unique Northern Lights viewing experience. I always recommend watching the spectacle from the pure black sand beaches of Vík. 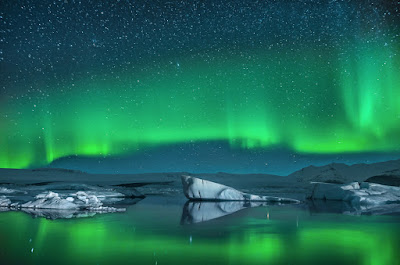 If you have no means to leave the city of Reykjavik, but still want a better chance to catch the northern lights, then I recommend heading out to the Grotta Lighthouse at the edge of town. The lighthouse is far enough away from Reykjavik to diffuse some of the light pollution in the atmosphere, and I have found if you watch with the lighthouse between you and Reykjavik it substantially helps.


Some of you may be wary of navigating through Iceland’s countryside at night. Heck, I’m from here and I hate doing it, but its probably because I’m lazy. If either is the case, then I highly recommend taking a guided tour to see the Northern Lights. Tour operators have tried and true experience hunting the Aurora Borealis. So, you can spend less time researching and planning, and let them bring you to the best locations out available. Most tours take you to several locations, and they are generally good at communicating the odds of seeing the lights on a particularly difficult night. A friend came to visit me last year and went on a Northern Lights tour with Landmannalaugar Tours from Reykjavik. She said the tour was incredible. Check it out, because the Northern Lights season is almost upon us.

All About Iceland's Northern Lights


Even though the Midnight Sun has come and gone, we are fortunate to have another atmospheric spectacle to behold during these autumn months: the Northern Lights. The mass exodus of tourists leaving Iceland will officially take place in the next few weeks, but for those willing to bear the brunt of the autumn winds and rain, I have to say that it’s totally worth it. Seeing the northern lights is something you will never forget. The moment you lay your eyes on the cornucopia of color, pulsating and gyrating across a clear sky will leave you speechless. Comment below on which area of Iceland is your favorite to see the Northern Lights. Good luck on your aurora hunt in Iceland.