Iceland is a volcanic island on the Mid-Atlantic Ridge rift zone, and the country's volcanic base contributes to its geothermal activity.

This activity underneath the Earth's surface makes Iceland richer in hot springs and high-temperature activity than any other country in the world. This otherwise cold country has about 250 geothermal areas producing 800 hot springs with an average water temperature of around 75°C / 167°F. 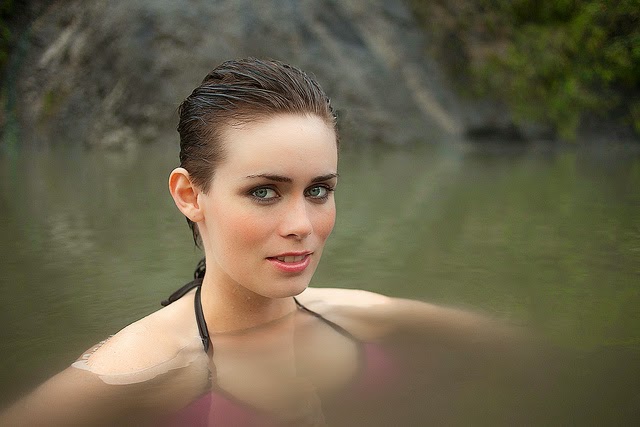 You will feel chilly at first when you take off your clothes, but once you are in the steamy water, every chill disappears and you can take a swim or relax in the waters with ease. Whether you have a migraine, a bad back, depressed or stressed, it is best to do this as it is said to have healing and soothing effects.

What are the best hot springs in Iceland?

The caldera contains several volcanoes, including Víti (explosive volcanic crater). Water has accumulated in the crater,  its temperature is variable - it is around 30°C on average. Víti is a popular bathing site, but if you intend taking a dip, please be aware that the sloping path is very slippery in wet weather. 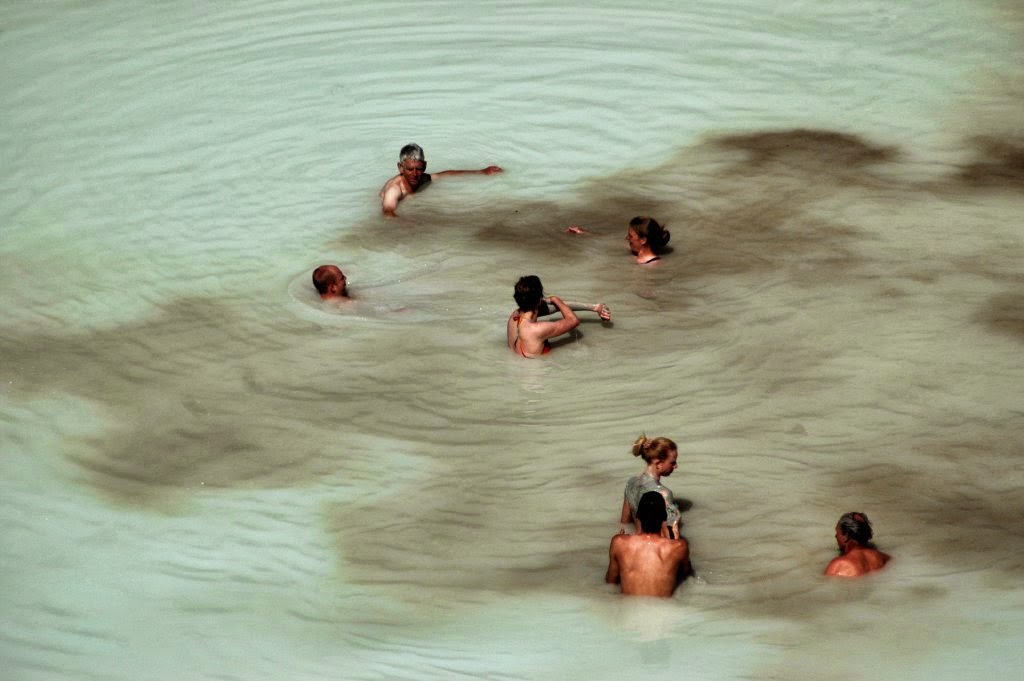 The road to Askja goes from road 1 to road 901 and onto mountain road F905. Onward to F910 to Drekagil. On this route there are two fords to cross, usually small. From Drekagil goes mountain road F894 (8 km) to the car park at Vikraborgir.

This place is one of the most awesome and magnificent places in Iceland.

Landmannalaugar (icelandic meaning the hot springs of the people of (the) land) is a region near the volcano Hekla in the south of Iceland. This pearl of the interior is situated in a valley between colourful mountains at the dark edge of the rhyolite lava field Laugahraun. 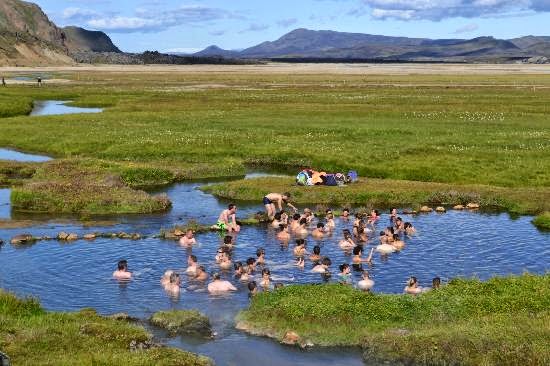 In Landmannalaugar there is a popular geothermal hot spring. The water is a bit mixed, hot in some areas and colder in other. The pool tends to be crowded as Landmannalaugar is a popular tourist attraction. Make sure to bathe in the geothermal hot springs after exploring the area, in those surroundings it's probably one of the most relaxing things you can do on Earth.

There are lockers and changing rooms so no worries on your belongings or having no privacy. You can stay for as long as you want or when you feel you are relaxed and energized to take your journey in Landmannalaugar. 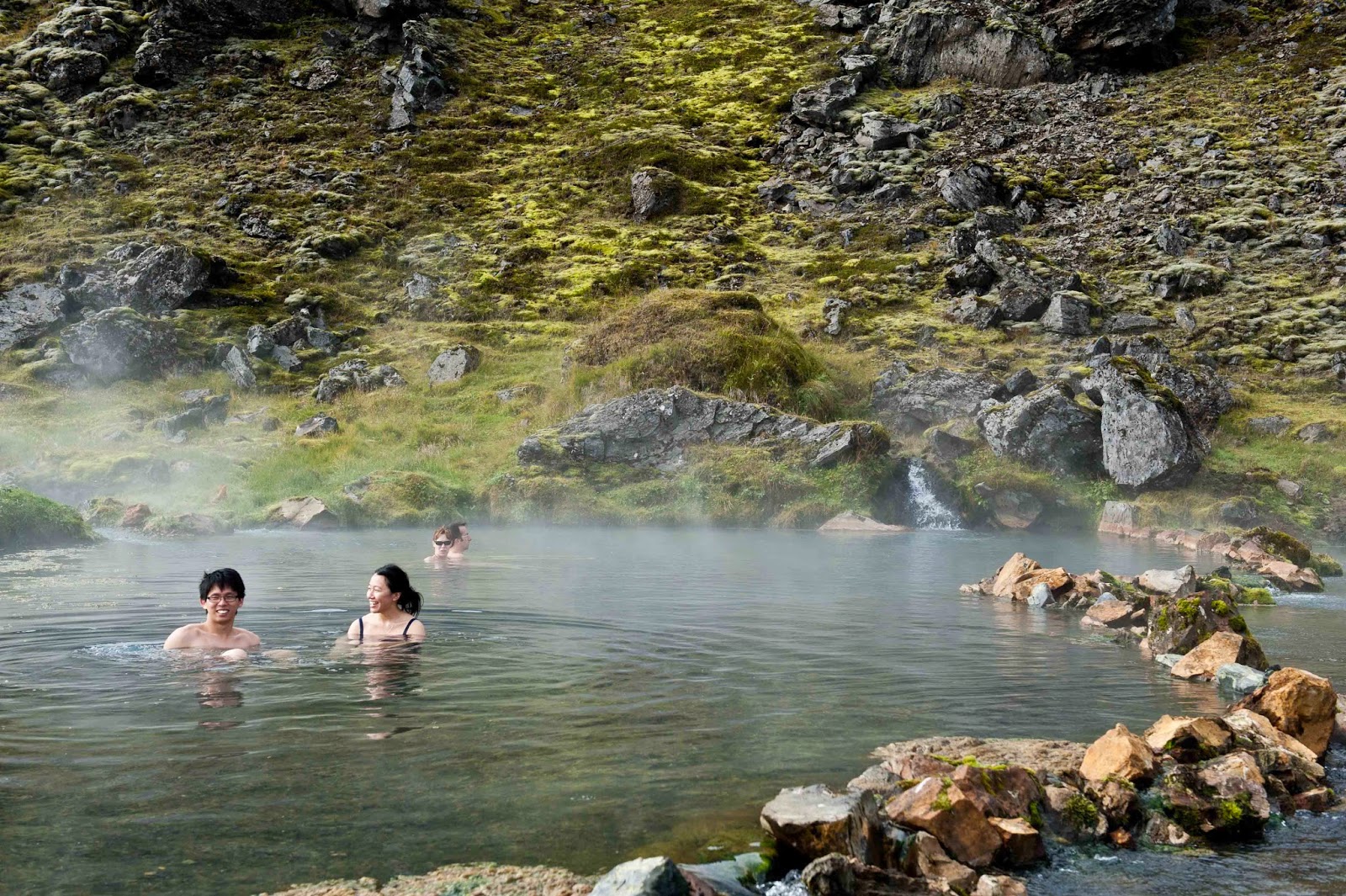 The road to Landmannalaugar (only accessible by 4x4 vehicles) is usually open from June through September but closed for the rest of the year. If you want to spend the night there you can bring a tent to the campsite or book a bed in the mountain lodge, it fits 78 people and has all the basic facilities needed. Make sure to bathe in the geothermal hot springs after exploring the area, in those surroundings, it's probably one of the most relaxing things you can do on Earth.

Seljavallalaug is a protected 25-metre outdoor pool in southern Iceland. The pool is one of the oldest swimming pools in Iceland and was built in 1923.

The original Seljavellir pool was built of traditional Icelandic construction materials, rock and turf, in 1922.  Nine metres long and 4-5 metres wide, the original pool took two days to build. Swimming lessons were due to commence three days later. Twenty-five people were registered for the first swimming/sports course, during which they camped at the swimming pool in tents. 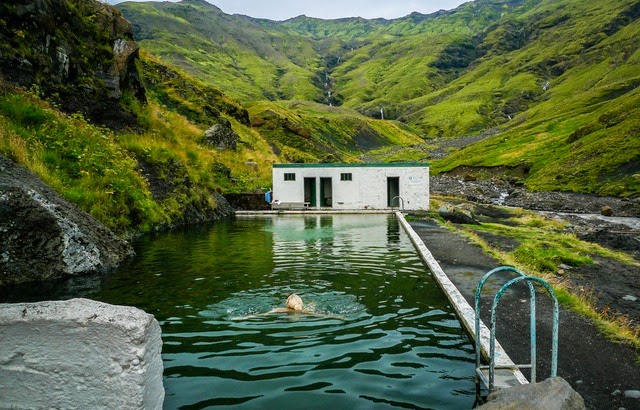 The old Seljavellir pool gradually fell into disuse, and was superseded by the modern pool, but in 1998 it was thoroughly restored and renovated, and today it is once again the pride of the local area.

There is no entry fee and you are asked to treat it with care and respect but alcohol consumption is strictly forbidden. I don’t think you want to be wasted in that location with something happening and no life guard anyway!

Grjótagjá is a small lava cave near lake Mývatn with a thermal spring inside. In early 18th century the outlaw Jón Markússon lived there and used the cave for bathing. Until the 1970s Grjótagjá was a popular bathing site. 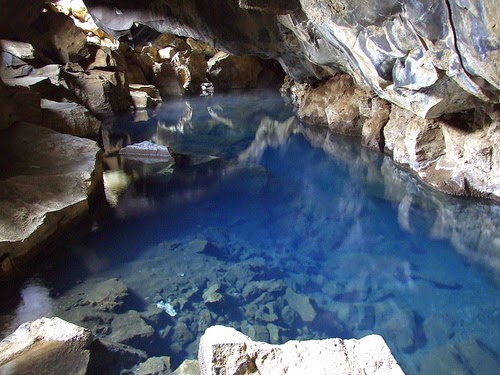 But during the eruptions from 1975 to 1984 the temperature of the water rose to more than 50 °C, though the temperature is slowly decreasing and has fallen below 50 °C again. The nearby lava cave of Stóragjá is being used as an alternative bathing site.

Grjótagjá was used as a location for filming the fifth episode of the third season of Game of Thrones, called "Kissed by Fire".