Gullfoss, the golden waterfall, is without a doubt the most famous waterfall in Iceland. Located on the famous Golden Circle where you'll find Geysir and the Thingvellir National Park, these natural beauties are a must visit in the south of Iceland. The waterfall is 32 meters high, and the surrounding canyon reaches 70 meters high. Gullfoss waterfall is on the white river Hvítá, which is powered by the second largest glacier in Iceland, Langjokull. 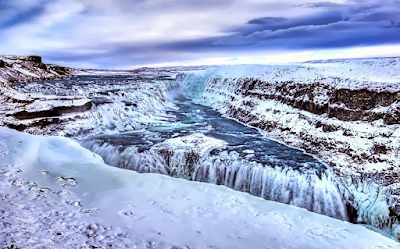 Besides it being a beautiful natural site, Gullfoss also has a troubled history. In the early twentieth century, English investors wanted to buy Gulfoss, which then belonged to the farmer Tómas Tómasson, for use in the production of electricity. The farmer refused to sell Gullfoss but instead decided to rent the waterfall; his daughter Sigridur who loved Gullfoss did everything to cancel this contract, even threatened to throw herself into the waterfall if investors began to build near Gullfoss infrastructure. After years of legal battles, the rental contract was canceled. Sigridur is considered Iceland's first environmentalist. Tómas's son became the owner of the waterfall and sold it to the Icelandic government. In 1979, the waterfall became a nature reserve.

Seljalandsfoss is a very famous waterfall in Iceland, situated on the road between Selfoss town and the Skógafoss waterfall. This cascade, born on Seljalandsá river forms a fall of 60 meters. Seljalandfoss is well-known in Iceland for being a unique waterfall because you can walk behind it. 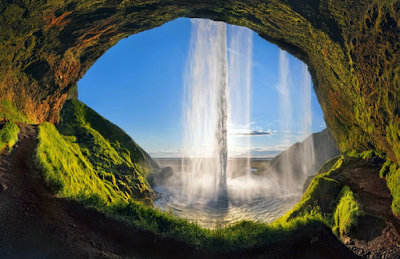 A little further west, you can admire the waterfall Gljúfrabúi, also known as Glúfrafoss. You can access it from the farm Hamragarðar that is accessible from the road.

Skógafoss is a well-known frequently visited waterfall situated on the Skóga river. Skógafoss is one of the largest waterfalls in Iceland with a drop of 60 meters and is 25 metres wide. 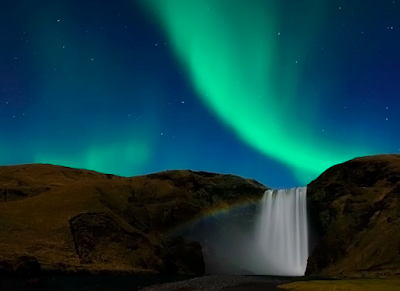 According to local legend, the first Viking, who settled in the area, Thrasi Thorolfsson, hid treasure in a cave behind the waterfall. Legend says that local landowners found the treasure chest a few years later, but unable to grasp the ring on the side to open it, the treasure chest eventually disappeared.

The waterfall, known for its long basalt columns, is in the Vatnajökull National Park. To get to the "black waterfall", you have to walk for 45minutes on a  well-marked easy path and along the way, you will find benches to rest. The return hike back is a little quicker because the road is downhill. 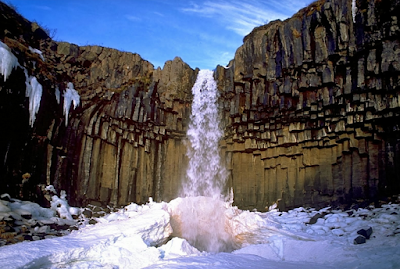 In winter, expect more time and be careful because the path is very slippery; we highly recommend you use crampons.

Waterfall Háifoss, the second largest in Iceland, is located near the Hekla volcano in southern Iceland, on Route 32. At the river Fossa, there is a drop of 122 meters. You can hike starting from the historical farm Þjóðveldisbærinn Stöng, and after a three-hour walk, you will find the waterfall along the river. 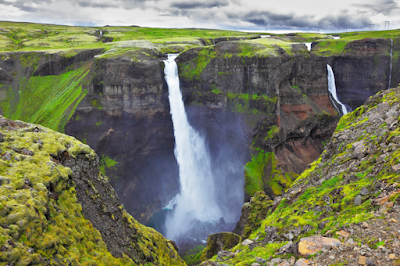 The summer of 2015 has seen a rise in tourism in Iceland, and an increase in incidences involving visitors unaware of the dangers of getting too close to the edge of steep waterfalls. Yes! Icelandic nature is powerful and energetic, but also, let’s not forget to respect that it’s sometimes fragile too. There is still little infrastructure around the waterfall sites listed above. Pathways and fences are few, so please be careful! And remember! “no fence” is not an invitation to get as near as you wish. At Gullfoss, some pathways don't include chains and barriers preventing access to the most dangerous areas near the waterfall. Take in the lovely view of course… but don't let the view take you!