Þorri is the Icelandic pagan name given to the fourth month (thirteenth week) of winter on the old Norse calendar. Þorrablót begins on a Friday between January 19th to February 25 and is a winter celebration in honour of Þór, the god of thunder in Norse mythology. The tradition faded when Iceland converted to Christianity around the year 1000, but then years later in 1873, Icelandic students living in Denmark revived this tradition, celebrating Þorri on January 24 in the Danish capital. The following year, Þorri was celebrated in Akureyri, North Iceland, then the rest of Iceland followed suit and ever since Þorri (Þorrablót) is celebrated annually all over Iceland. 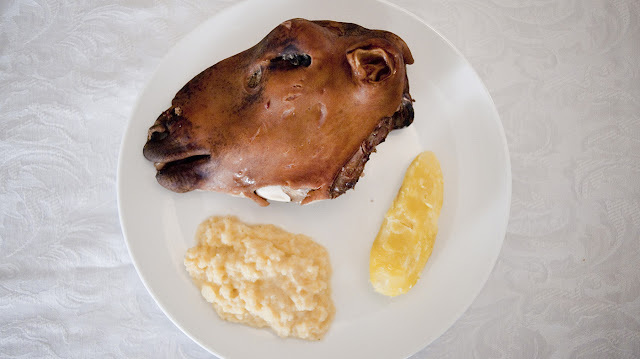 The first day of Þorri is called "Bóndadagur" or "the day of the peasant" dedicated to men. That day, women do something special for their husbands/boyfriends like offering gifts or bringing them out for a delicious breakfast. Þorri ends with Konudagur, "women's day", about a month after the start of Þorri when it's the men's turn to do something special for the ladies. 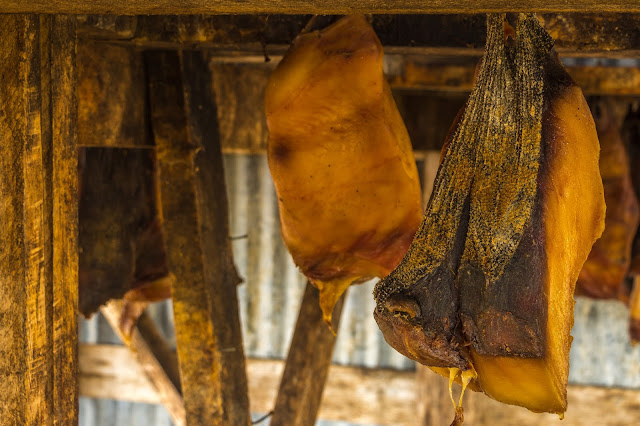 The main celebration, known as the Þorrablót, "the Þorri festival" mostly involves eating traditional Icelandic food. On the dinner table during the festival, you can find everyday Icelandic food such as smoked or salted mutton, herring, rye bread and dried fish (harðfískur). But, there are also other foods served during Þorrablót that you'd rarely see on the typical Icelandic dinner table; once I ate at a farm where I was served sheep's head for lunch. 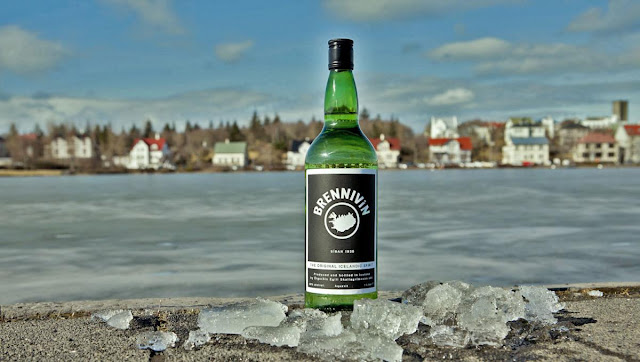 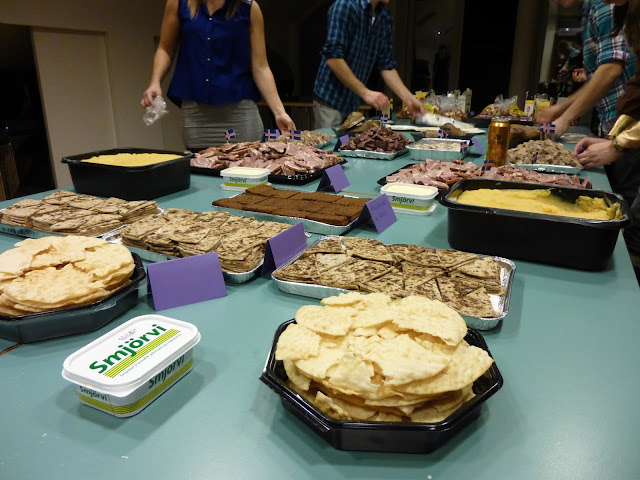 If you get an invite to a Þorrablót party, and you don't speak Icelandic, no worries, one sentence will suffice: nei, takk ;) And if you feel adventurous about tasting Þorrablót and didn't get a Þorrablót party invitation, Icelandic traditional restaurants offer þorramatur. Besides, rumour has it this celebration was revived primarily through a greedy restaurateur.