Skaftafell, in the southern region of Iceland, is known for its beautiful landscape and its hiking. Before 2008, Skaftafell was an individual national park but has since been annexed by the Vatnajökull National Park.  The park founded in 1967, now includes a campground with shower and sanitary facilities and has an information centre for hikers. The possibilities for hikes in this area are numerous; we decided to share three walks with you. 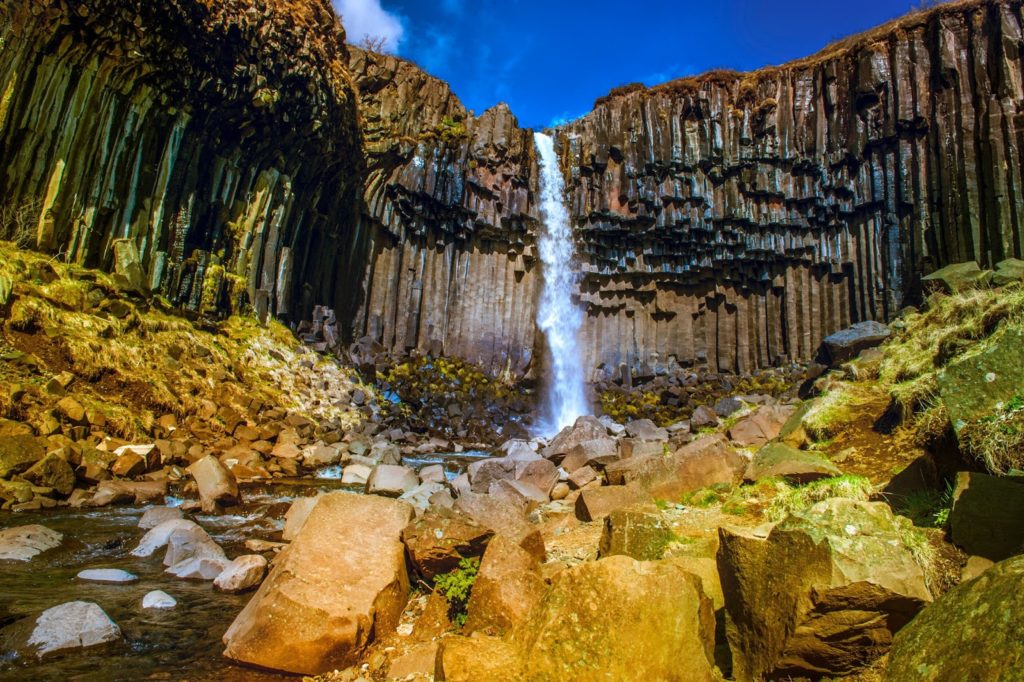 The well-marked hiking path starts at the information centre at Skaftafell (Skaftafellstofa). After the camp, the trail climbs to the right. Follow the tags until you arrive in front of the magnificent waterfall Svartifoss. Nicknamed the Black waterfall, Svartifoss is known for the dark lava columns surrounding it, similar to the lava columns at Reynisdrangar near Vik. Then, walk over the bridge, go down into the ravine and climb the other side. You continue your way until Sjónarnípa, from there you can admire the glacier -the view is fabulous. To return to the starting point, head to the house made of peat named Salt, in the Lambhagi locality, where up until the early twentieth century farmers were guarding their sheep and lambs. After Lambhagi, you are almost back to the information point.

Start at the information point of Skaftafell (Skaftafellstofa) and head to Sjónarnípa, then to Morsárdalur, an icy valley Skaftafellsheiði. After crossing the bridge over the river MORSA, the marked path leads you to the small birch forest Bæjarstaðarskógur. Near the woods is a small natural hot bath for two. When you get to the sign in the woods, turn right. There is no marked path to Kjos, and we recommend you obtain a detailed map for this hike. Kjos is a beautiful canyon. On the way back, retrace your steps until Grjóthóll, but instead of crossing the bridge continue following the river until Götugil bridge. Walk along the well-marked path until you reach the information point. 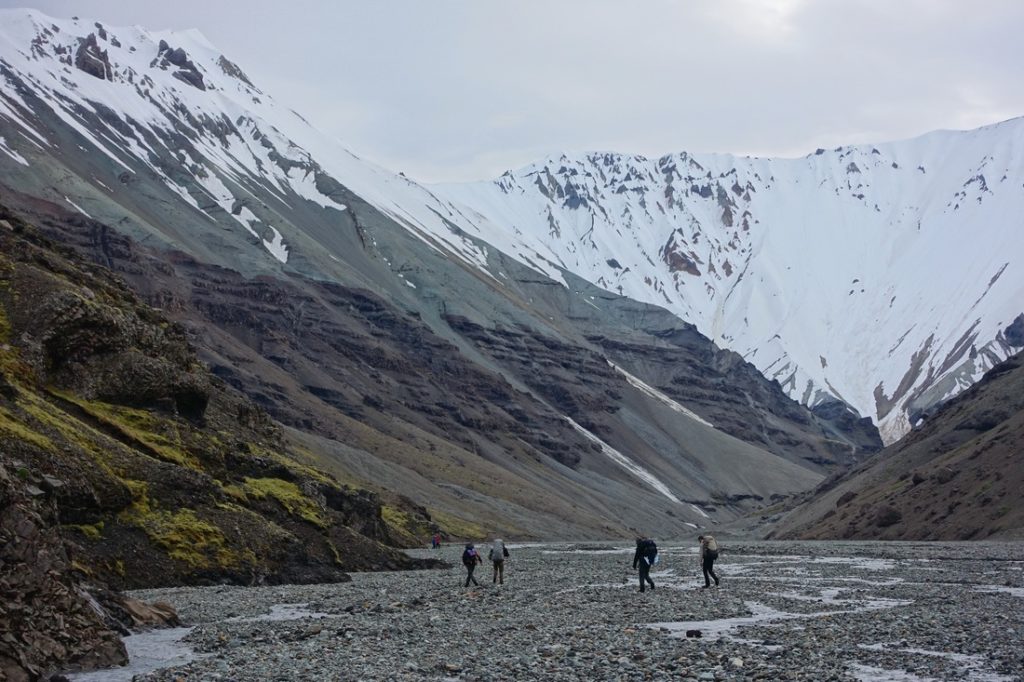 The trail starts at the information centre at Skaftafell, and the first part of the walk is the same as the blue path hike mentioned above, except that you are not going to Svartifoss. You can detour and go through Svartifoss, but the shortest is to cross the river over the bridge near the waterfall Magnúsarfoss and get to the point of Sjónarsker. The path from Sjónarsker then goes up the mountain Kristínartindar. When you reach a junction at the foot of Kristínartindar, turn left following the path through scree and rock, then turn left again to the top of the ridge.You return the same way you came, except that when reaching the ledge you have to go down the left path, which will lead you to the mountain plateau Glama and Sjónarnípa, then onto your starting point.